BRAVO Excellence Club Is All Smiles In Ireland 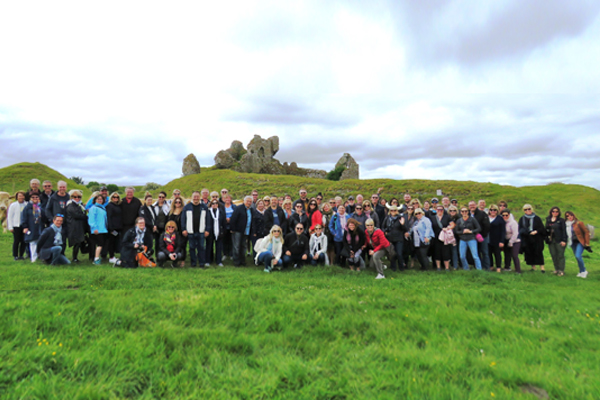 Transat Distribution Canada (TDC) agency owners were honoured recently for their outstanding sales achievements with a luxury trip to Ireland accompanied by a team of Transat executives.

Each year, Transat Distribution hosts a BRAVO Award of Excellence trip for their top-producing agency owners in recognition of their exceptional sales performance.

“These agency owners have demonstrated great leadership, business success and commitment to their customers. They have made tremendous contributions to the success of our network this past year, and we are thrilled to be able to celebrate and recognize their achievements in lovely Ireland.” said Nathalie Boyer, general manager, TDC.

The trip included a cruise on the River Shannon, a visit of the Cliffs of Moher — boasting one of Ireland’s most amazing sights, and a tour en route the spectacular Ring of Kerry, the most famous and panoramic route in Ireland alongside the Atlantic Ocean.