Home › Destinations › Thailand: A Great Place To Hit The Links

Thailand: A Great Place To Hit The Links 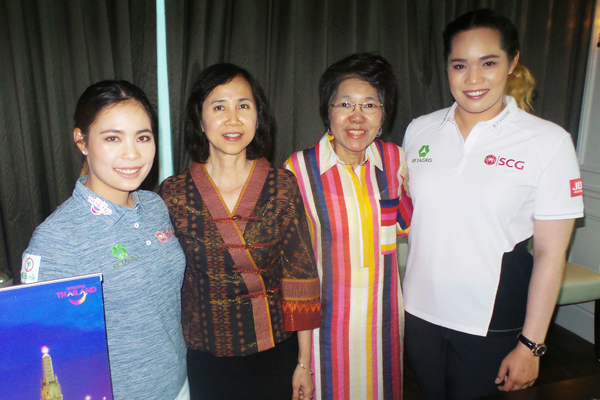 The Tourism Authority of Thailand is using a talented sister act to convince tourists that Thailand is a great place for golfers to hit the links.

The tourism authority held a Tuesday Toronto event that featured Thai golfers Moriya Jutanugarn and her sister Ariya, both winners on the LPGA tour, with Ariya having been ranked the top female golfer in the world and Moriya eighth.

The Jutanugarn sisters are part of a growing wave of Asian golfers making their mark on the LPGA tour, with golf’s popularity soaring in Asia. The Tourism Authority of Thailand reports that Thailand has some 300 courses found throughout the country. Almost all are open to the public.

“It’s a big selling point,” said Watcharaphan Bunnag of the tourism authority’s head office in Bangkok, who noted those who golf in his homeland may find themselves on courses that have scenic ocean and mountain backdrops.

She added her homeland has “challenging courses with knowledgeable and professional staff.”

Ariya identified the Siam Country Club in the oceanside resort community of Pattaya as her favourite course.

Michael Yim of IMG Worldwide, who manages the Jutanugarns’ careers, noted Korean and Japanese golfers are also making an impact on the professional golf circuits and golf is popular in both Korea and Japan.

“But when the winter arrives and they [Koreans and Japanese] want to play golf, they say, “We’re going to Thailand to play,’” Yim said of the tropical country.

“They’re happy with the courses, the hospitality and the food,” he said, adding greens fees are “very affordable.”

Meanwhile, Tongrut told the Toronto audience that Thailand is also a “perfect destination for foodies.”