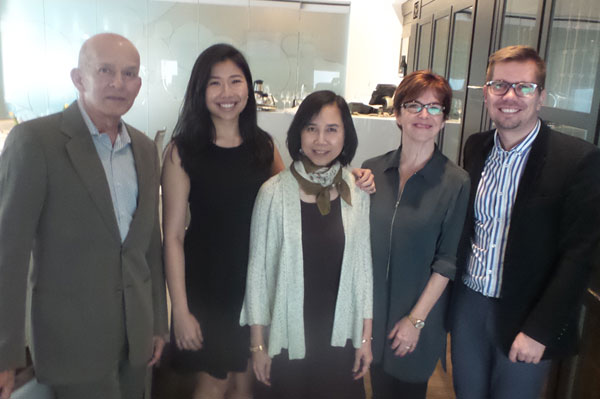 Kayla Shubert told a Thursday Toronto gathering that Thailand is “very, very diverse. It’s a small country but every region is distinctly different. You’re always guaranteed to discover something new.”

Shubert praised Bangkok as a cosmopolitan city that has “iconic sites,” such as the dramatic Grand Palace.

Those visiting Bangkok will also find numerous shopping opportunities and can tour the city’s famed night markets, she said.

The northern city of Chiang Mai in turn is home to what Shubert labelled “beautiful temples” and visitors will find “incredible handicrafts.”

Shubert said Chiang Mai also has an “array of wonderful markets,” and the Chiang Mai area is also home to elephant camps where visitors can see the pachyderms up close.

Among other parts of the country Shubert said are deserving of tourist interest is the north’s Chiang Rai, once known for opium production but which now has locals growing tea and rice. A museum tells of the history of opium.

Sukhothai was the first capital of Siam and has UNESCO World Heritage Site status, and is the “cradle of Thai civilization,” Shubert continued.

Northeastern Thailand’s Udon Thani, in turn, has an excavation site in which artifacts dating back to the Bronze Age have been found.

Shubert added that festivals and events can be found in the Asian nation “almost every day of the year.”

137 Pillars also has a Chiang Mai property that’s the “ultimate in luxury,” he said, and plans to open a Phuket property as well.