Home › News › The AC Race Heats Up In Kissimmee

The AC Race Heats Up In Kissimmee 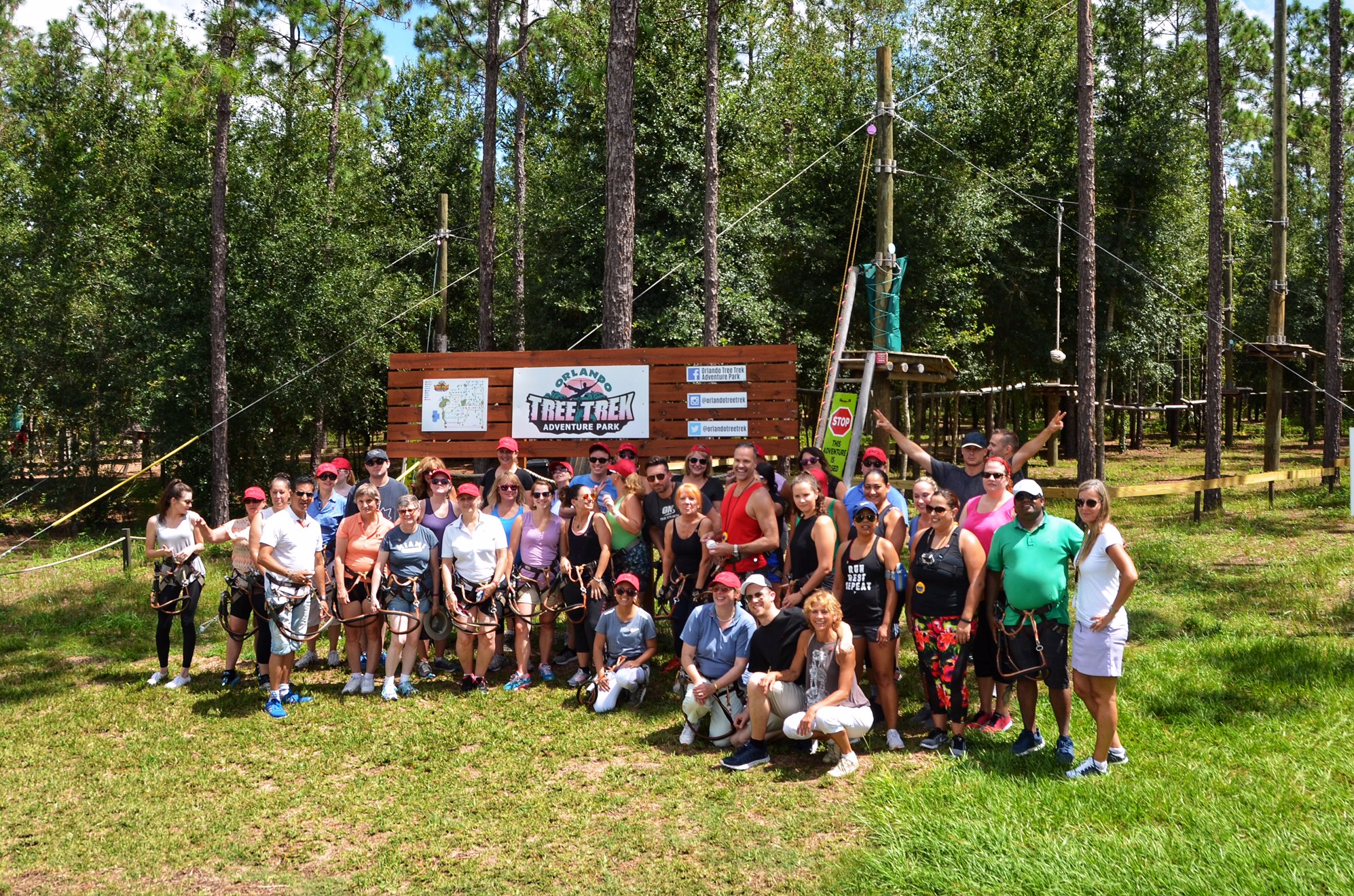 What do you get when you cross soccer and golf? FootGolf!

Day one of the Air Canada Race 2018 competition kicked-off yesterday (Aug. 27) pun intended, with teams battling it out on the links.

Played quite literally like traditional golf, but with a soccer ball, FootGolf is so popular in Kissimmee, there are entire courses dedicated to the sport, like the award-winning Watson Course at Reunion Resort where the 8th edition of the race presented by Air Canada and Experience Kissimmee officially got underway.

After three hours, the team that made it through the 18-hole course with the fewest amount of kicks possible came out on top. Bonus points were also given away for most honest team, longest drive and closest to the pin. 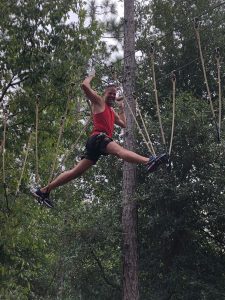 Next up, the teams, made up of travel agents from across Canada, as well as representatives from Air Canada, Air Canada Vacations and trade media (including PressToday), went head to head at Orlando Tree Trek Adventure Park, a progressively challenging aerial obstacle course.

Participants swung on Tarzan ropes, climbed ladders up to 50-feet high, leaped into hanging nets, crossed wobbly suspended bridges, navigated swinging logs and soared on zip lines as they made their way through the courses in staggered start times. (Trust us, it’s harder than it looks, despite how easy Air Canada’s Jamie Fox may make it look in the photo.)

After a day of heated competition, agents were treated to a dinner reception and wine tasting at Island Grove Winery at Formose Gardens.

Although Team Three (made up of Christine Hogg, Jeannie Qubti, Jade Menne, Michael Kroeker, and Clifford Fernandez) is currently leading the pack, it’s still anyone’s race (ahem, Team Six for the win!), so check back tomorrow to find out who is leading the pack, and follow along with #ACRaceKissimmee. 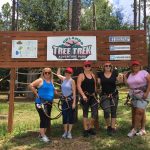 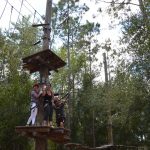 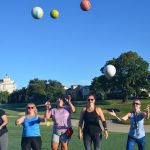 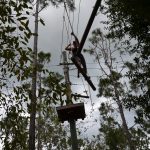 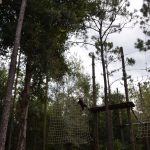 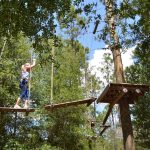