Home › Destinations › The Art Of Lucerne, City Of Light

The Art Of Lucerne, City Of Light 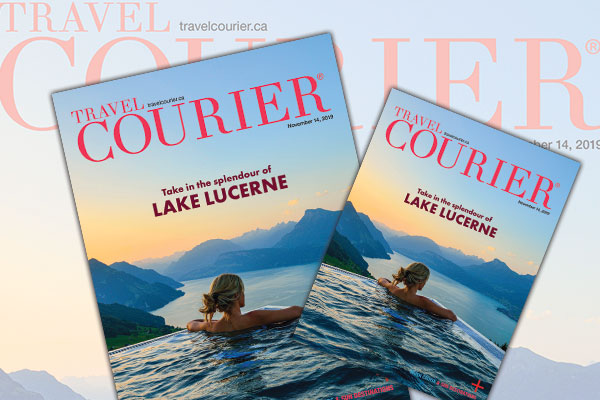 As the subject of Pablo Picasso’s work on multiple occasions, Angela Rosengart points to a closeup photograph of the artist’s face as she recalls how it felt being behind the canvas and locking eyes with his intense gaze as he created his art, writes assistant editor, Ann Ruppenstein in this week’s issue of Travel Courier.

“You see his eyes? To stand against that, his looks were really like x-rays. They really like bore through me,” she says alongside a wall adorned with depictions of herself. “Even Picasso said later this is the best of the portraits he drew of me. This one took about two and a half hours and I wasn’t allowed to move, to talk, just sit there and hold against these looks. And he didn’t talk, he worked. He looked at me, he worked again.”

The fascinating and inspiring 87-year-old founder of The Rosengart Collection Lucerne is giving a tour of the museum filled with an impressive 300 Classic Modernist and Impressionist works of art, which used to adorn her house and were all donated to the Rosengart Foundation for the public to enjoy for generations to come.

As the daughter of an art dealer, Siegfried Rosengart, she not only developed an interest in art at an early age, but says his friendship with Picasso spilled over onto herself.

“My father was an art dealer. He established a gallery here in Lucerne in 1920 and I joined him in 1948 to work with him. The first thing he told me [was] it’s important that everything which is going to be sold is chosen by us with the heart, because only if we do it with the heart people who are interested in buying something feel that we really stand behind the picture we want to sell,” she says. “So if you do it like that, it sometimes becomes dangerous because with us, it always happened that we fell in love ourselves with the picture which we bought for the gallery and we slowly put it aside and finally it ended up in our home. Over the many years it accumulated and when my father died I thought I have to do something, because I don’t have children, I have no family, and when I am gone, what is going to happen with my collection? So I made the foundation in 1992.”

To this day she can’t bring herself to put up new paintings in her home where the pieces used to hang, aside from a few reproductions.

“So, what was Picasso like?” I ask at the first opportunity, having never met anyone who knew the legendary man I’d read and heard so much about.

“It’s a difficult question – he was everything,” she says. “You know when we came to see him he was never the same. And he had ideas and made things out of everything, every object he saw, it became a work of art and he never stopped. Even at the age of 90 he seemed so young. He was always different. He invented new things all the time.”

For those visiting Lucerne, Rosengart is a regular fixture at the museum, happy to be among the action.

“Art does a lot of good things. If you have pleasure, if you have enthusiasm, it keeps you young and I’m working here everyday. I have a lot of work at the office and I’m directing the museum as I want to,” she says. “My father lived up to almost 92, he was bright in his head, I’m now 87, I feel well. Everything here I love, and I hope you feel that.”