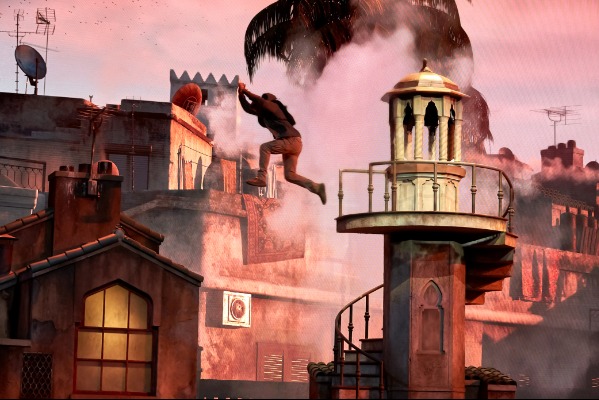 The Bourne Stuntacular is now open at Universal Studios Florida. Through the use of live performers, ground-breaking technology, extreme stunts and captivating practical effects, your clients can now feel fully immersed in the world of Jason Bourne – blurring the lines between stage and cinema in a hybrid form of entertainment that has never been seen before.

The brand-new stunt show is inspired by Universal Pictures’ blockbuster Bourne film franchise and delivers an all-new, original storyline that takes place within the Bourne universe.

Plus, exclusively for The Bourne Stuntacular, Julia Stiles has reprised her role as Jason Bourne’s main confidant in the franchise, Nicky Parsons, and Frank Marshall, award-winning director and producer, has worked closely with the Universal Orlando team to help create an authentic experience fans of the franchise can enjoy.

The Bourne Stuntacular introduces an all-new level of entertainment, highlighted by:

Universal Orlando notes that as it officially opened this all-new experience, the health and safety of its guests and team members remains its top priority. To ensure proper social distancing, it has implemented new procedures in its indoor theatres, including appropriate spacing between travel parties and assisting our guests with seating and exiting the theatre to avoid congestion.

These procedures mean that show capacity will be limited and wait times may be longer than usual to experience the show.

Universal Orlando has also increased its already-aggressive cleaning procedures and it is sanitizing high-touch surfaces between each show.

All guests are also required to wear a face covering while experiencing The Bourne Stuntacular.

For more, go to www.UniversalTravelAgents.com .