Home › Destinations › The Circle Of Life

The Circle Of Life 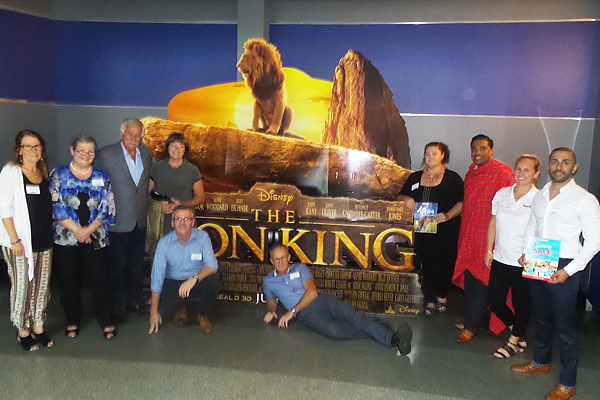 Goway says its Kenya-bound clients can see the very creatures that are “Simba-lic” of African wildlife.

The tour operator joined with the Kenyan Tourist Board in hosting a Monday showing of the remake of Walt Disney’s The Lion King, the story of a young lion cub called Simba who eventually rises to lead his pride.

And, Goway’s Moira Smith told the gathering, lions, elephants, giraffes and other wildlife can be spotted on safaris in Kenya, which has 25,000 animal species and 11% of the world’s bird species.

Indeed, the country has “unsurpassed wildlife [viewing] opportunities,” she added.

Those opportunities can include seeing the periodic great migrations of wildebeest and zebras that occur, with tourists on hand at the right times able to see herds that stretch “as far as the eye can see,” she added.

Smith added that Kenya is ethnically diverse, having dozens of tribes.

John Lanyasunya, the Kenyan high commissioner in Ottawa, in turn told the gathering that his homeland is geographically diverse, having mountains that reach up to 5,000 metres, beaches, savannah and deserts.

He added that Kenya is “not just about wildlife,” with its ethnic diversity leading to different cuisines, customs and music.

Those visiting Kenya can get visas upon arrival in Nairobi, he added.