Home › Destinations › The Countdown Is On

The Countdown Is On 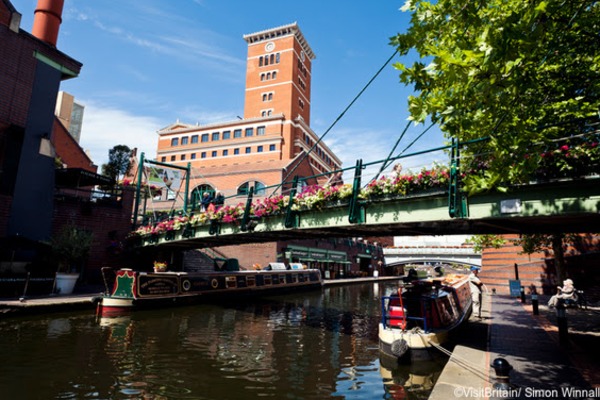 And as visitors travelling to the Games will see, sport is just the beginning in Birmingham and the West Midlands.

From Michelin-starred dining to some of Britain’s best shopping, to cruising canals and following in the path of Peaky Blinders, this region of England definitely deserves to be in the international spotlight. And it’s located just 1.5 hours via train from London.

A Taste Of The Balti

The Balti Triangle is an area close to the city centre renowned for the delectable flavours of the Balti, a dish believed to have originated in Birmingham. Foodies looking to sample this local highlight can choose from a variety of family-run restaurants including the legendary Adil’s, which is said to have introduced this method of cooking to Britain in 1977.

Birmingham and the surrounding area have 11 Michelin-starred restaurants, more than any British city outside of London, and visitors can look forward to sampling fine dining at any of them – from the finest Indian flavours at Opheem, or check out the flavours of the ‘Yummy Brummie’ himself, Glyn Purnell at Purnell’s.

Chocolate fans will want to visit Cadbury World, an immersive journey through the magic of chocolate making, from the origins of Cadbury in Birmingham in 1824 through to tasting zones, a 4D cinema experience and the world’s largest Cadbury shop. 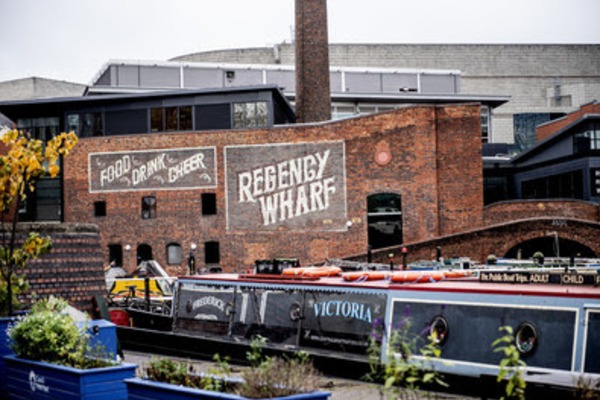 A Jewel In The Crown

The national epicentre for jewellery production for more than 250 years and home to more than 700 jewellers and independent retailers, Birmingham’s Jewellery Quarter is located just to the north-west of the city centre and produces an estimated 40% of Britain’s jewellery. In addition to gems of all shapes and sizes, it offers an abundance of unique shopping experiences, as well as a mix of pubs, cafés, galleries and museums. Discover the West Midlands creative scene

Is That The Real Peaky Blinders?

The original Peaky Blinders gangs can be traced to Birmingham, and many scenes from Steven Knight’s hit show were filmed in the city. Peaky Tours looks into the characters behind the TV series, for a fascinating insight into the fictional show and the real-life locals that inspired it. Visitors will also find many other key Peaky Blinders sites around the city, including a six-storey mural of Cillian Murphy’s character Tommy Shelby, on the walls of a factory in Digbeth, the bohemian neighbourhood that is a hot spot and is home to independent shops, cinemas and arts venues. The open-air Black Country Living Museum is home to a host of reconstructed shops, houses and industrial areas featured in many scenes from Peaky Blinders.

Shop ‘Til You Drop

Birmingham’s biggest shopping centre brings together around 150 brands under one roof, as well as a host of restaurants and other eateries. Visitors should look out for sculptor Laurence Broderick’s 2.2-metre-tall bronze Bull, which oversees the Bullring’s entrance. The Mailbox is packed with high-end brands and a plethora of restaurants and bars serving up everything from colourful cocktails to delectable Indian street food. Located in the heart of the city, it’s easy to access and is just a matter of minutes from Birmingham New Street station. 72 Hours in Birmingham 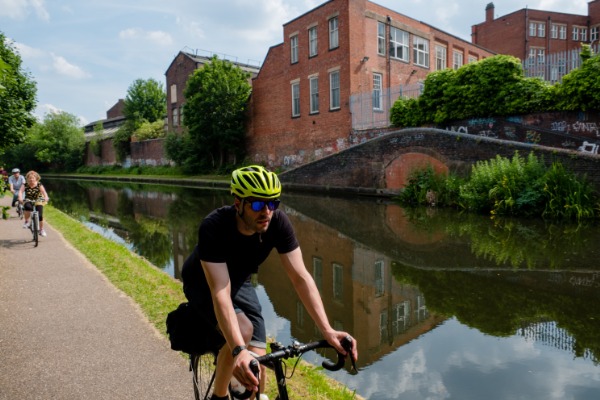 Discover The Wonders Of The Waterways

With more than 35 miles (56 km) of canals in Birmingham, and more than 100 miles (161 km) of waterways making up the Birmingham Canal Network, old meets new in the Gas Street Basin – here visitors can wander towpaths where industrial heritage and moored narrowboats blend with modern architecture, bars and restaurants, right in the heart of Birmingham.

Explore The World Of The Bard

William Shakespeare’s Birthplace in Stratford-upon-Avon explores the early life of the world’s most famous playwright. Wandering around Anne Hathaway’s Cottage – the former home of his wife-to-be – also provides a glimpse into Elizabethan life and the Bard’s future marriage. Set on the banks of the River Avon, the Royal Shakespeare Theatre seats more than 1,000 and regularly brings the works of the Bard to life – including Romeo and Juliet, The Comedy of Errors and Hamlet – close to where the great playwright was born. Discover another side of Stratford-upon-Avon

Visitors can journey through more than 1,100 years of Britain’s past at Warwick Castle, as they wander the battlements, enjoy historic re-enactments, and see the castle’s resident Bowman showing off his archery skills. Adventurers can get lost in the Horrible Histories maze and embark on an immersive journey through the Castle Dungeon, before finishing the day with a medieval glamping experience, with guests able to stay the night within the castle grounds.

History buffs can walk in the footsteps of Queen Elizabeth I at Kenilworth Castle, just a short train ride from Coventry. From its roots as a medieval fortress which saw England’s longest siege, to its time as one of the grandest Elizabethan palaces, the Castle is steeped in tales of royalty, treachery and love.

The home of Aston Villa since 1897, Villa Park is one of Britain’s oldest stadiums and sits in the shadow of Aston Hall, a Jacobean stately home. Visitors can go behind-the-scenes on a stadium tour and learn more about one of the 12 founding clubs of Britain’s football league in 1888.

As another of the founding clubs, Wolverhampton Wanderers have played at Molineux Stadium since it was constructed in 1889. An immersive football museum – the only one of its type in the Midlands – delves into the club’s past and features an interactive Games Zone alongside a Hall of Fame. Edgbaston is Birmingham’s premier cricketing venue which regularly hosts international matches and is home to Warwickshire County Cricket Club and Birmingham Phoenix. 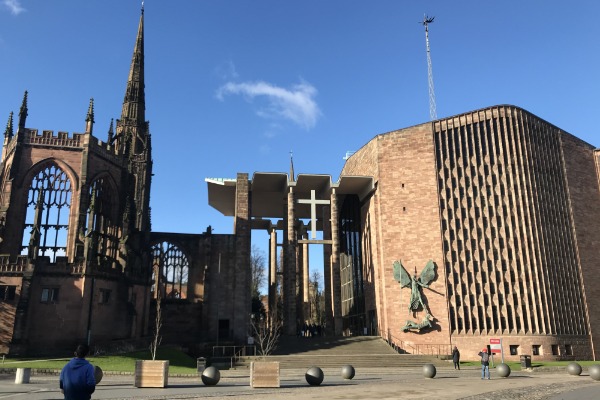 Coventry Cathedral is an enthralling mix of old and new, as its modern cathedral sits alongside the ruin of its 12th century counterpart, largely destroyed by bombing raids during the Second World War. Visitors looking for a different perspective can climb the 180+ steps of the tower, for panoramic views of the city.

The Coventry Transport Museum pays homage to the city’s car-making past with the world’s largest publically owned collection of British vehicles, as well as the two fastest cars on the planet.

More of Coventry’s creative flare can be found at Fargo Village, an artistic space that champions all things local. As well as foodie festivals and vibrant pop-ups, there are a host of unique local shops, eateries and artistic studios in the Fargo Marketplace, which is set within a former industrial site. Discover another side of Coventry

For more on the West Midlands, go to https://www.visitbritain.com/ca/en/campaigns/birmingham2022

And if you’re clients are looking for an itinerary to explore the West Midlands, go to https://www.visitbritain.com/ca/en/many-worlds-west-midlands-4-day-travel-itinerary .