The New Rotterdam Has Arrived

Holland America Takes Delivery Of It Newest Ship From Fincantieri 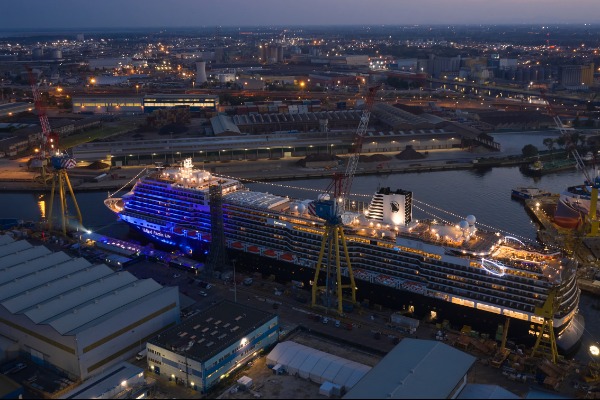 Holland America Line has taken of Rotterdam; officially making it the 11th ship in its fleet. The handover ceremony took place at Fincantieri’s Marghera shipyard in Italy on the evening of July 29.

Antorcha said: “Rotterdam looks stunning and will certainly live up to bearing such an iconic name as the new flagship of our fleet, carrying on a tradition of excellence that our guests have loved for nearly 150 years.”

And he continued: “Thank you to our partners at Fincantieri and our own team members who worked tirelessly to deliver the ship on schedule during what has been the most challenging of times, and also deliver a ship that looks beautiful, is immaculately finished and will be an incredible addition to our brand. We cannot wait to welcome guests on board later this fall.”

Upon delivery, Rotterdam will remain in non-guest operations until its transatlantic crossing Oct. 20, 2021, from Amsterdam, Netherlands, to Fort Lauderdale, Florida, where it will then begin its maiden season in the Caribbean.

Naming details have not been finalized and will be announced at a later date.

Holland America Line’s first ship was Rotterdam, which sailed its maiden voyage from the Netherlands to New York on Oct. 15, 1872, and led to the founding of the company on April 18, 1873.

Rotterdam II was built in 1878 for British Ship Owners Co. and purchased by Holland America Line in 1886.

The fourth Rotterdam joined the fleet in 1908 and also served as a troop carrier when World War I ended. Following the war, it made regular cruises from New York to the Mediterranean.

Rotterdam V, also known as “The Grande Dame,” set sail in 1959 and began sailing transatlantic crossings with two classes of service. It later converted to a one-class ship in 1969. She sailed with Holland America Line for 38 years until 1997, including several Grand World Voyages, and currently is a hotel and museum in the city of Rotterdam.

Rotterdam VI, the most recent to cruise for Holland America Line, was introduced in 1997 as the first ship in the R Class.

Rotterdam VII is the 17th ship constructed for the brand by Italian shipyard Fincantieri.