Home › Destinations › The Stars Are Shining In Utah

The Stars Are Shining In Utah 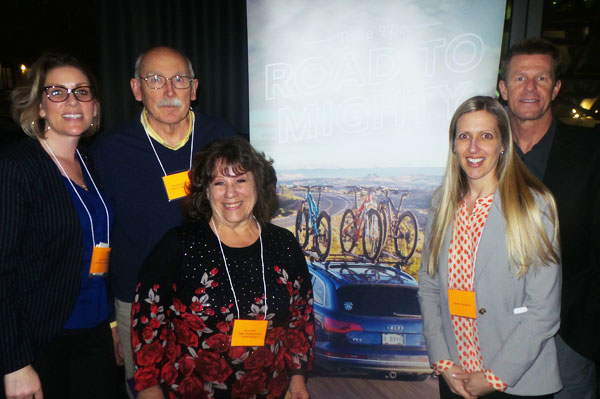 Those visiting Utah may find themselves feeling a little starstruck.

“We have more dark sky parks [which provide impressive displays of stars] in Utah than any other place in the world,” she said of a state that eagerly promotes outdoor activities to tourists.

Shawn Stinson of Visit Salt Lake in turn praised Salt Lake City as “one of the most hip cities in North America,” adding it has a flourishing breweries and distilleries scene.

Tourists can “stay in an urban environment and have world-class skiing 30 or 40 minutes away,” Stinson continued of his destination, which hosted the 2002 Winter Olympics..

“We’re open 24 hours a day, seven days a week, 365 days a year,” Scofield added of opportunities to explore the area.

Tourism officials say many Utah state parks that could qualify as national parks in a state that already has several national parks.

Meanwhile Rachel Bremer of the Utah Office of Tourism, Film & Global Branding said her entire state is “pretty magical,” and is home to some of the “world’s best skiing and snowboarding.”

The state promotes its skiing opportunities through the tagline, “The greatest snow on earth.”

The evening was also told that those visiting Utah can find themselves in the “craft chocolate capital of America.”

Seen here are Bremer; Scofield; Lewis; Heather McGillivray of Life Utah Elevated, which represents Utah in this country; and Stinson.