Home › Destinations › There’s Something About Clearwater

There’s Something About Clearwater 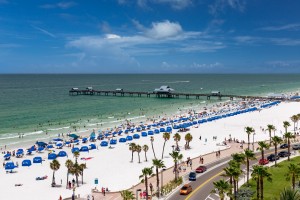 Calling all Blue Jays fans. Want to take in a game while staying on the beach? Joelle Castelli (pictured below), from the city of Clearwater, Florida says Dunedin, where the team has spring training, is located close to the destination.

“You can stay at the beach and then take a trolley to take in a game,” Castelli told Press Today during a one-on-one interview in Toronto yesterday (Jan. 27). “It’s a big attraction. The whole month of March people are there for it.”

Clearwater’s most famous celebrity however is Winter the dolphin, star of the Dolphin Tale movies, who resides at the rescue, rehabilitation and release facility Clearwater Marine Aquarium.

“She’s a dolphin whose tail was caught in a crab trap and was amputated,” says Castelli. “She was swimming oddly because she didn’t have all her parts so they made a prosthetic tail for her… Kids will watch these movies and want to come see Winter.”

Opening next month is the luxury, oceanfront Opal Sands Resort. Each of the 230 rooms have a floor-to-ceiling view of the Gulf of Mexico. Meanwhile the Wyndham Grand Resort Clearwater Beach is set to open in 2017 with 450 rooms split between two towers.

“We’re hoping to update everybody if they may have any misconceived notions of Clearwater, like if it was a place your grandparents would go or an old mom and pop kind of place,” she says. “We’re one of the few municipalities that have had recent growth with new resorts and developments.” 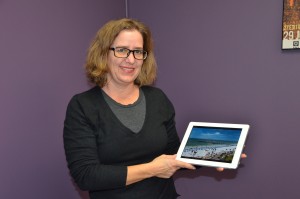