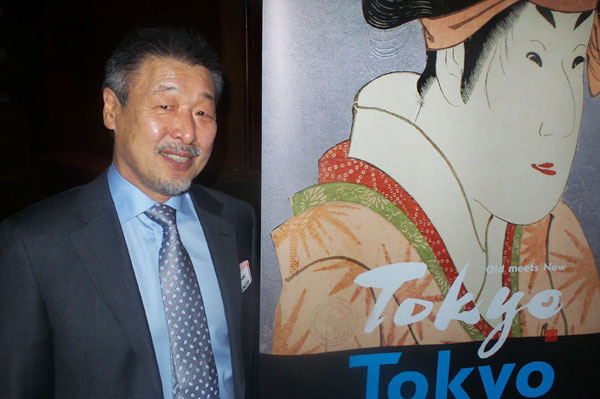 The bright lights of Tokyo’s famed Ginza district suggest leading-edge Japanese technology to many but former CITC head Steve Gillick says there’s another less-known side to the area.

Gillick, who’s visited Japan 17 times, told a Tuesday Toronto gathering that Ginza – famed for its neon and its nightlife – is in fact a “great combination of old and new.”

Many reminders of Tokyo’s long past can be found in Ginza, Gillick continued.

Indeed, seemingly very modern Tokyo has many reminders of eras of long ago, with the city’s oldest temple dating back to 645, he added.

“The best way to understand Tokyo is to see it as a cluster of villages,” he told the gathering.

Among reminders of the Japan of yesteryear that can be found in the Japanese capital are tributes to samurai warriors.

Gillick also noted Tokyo is home to many long-standing temples.

Gillick praised many other aspects of the city, including the shopping and dining scenes, its festivals , and opportunities to see distinctively Japanese entertainment, such as Sumo wrestlers train.