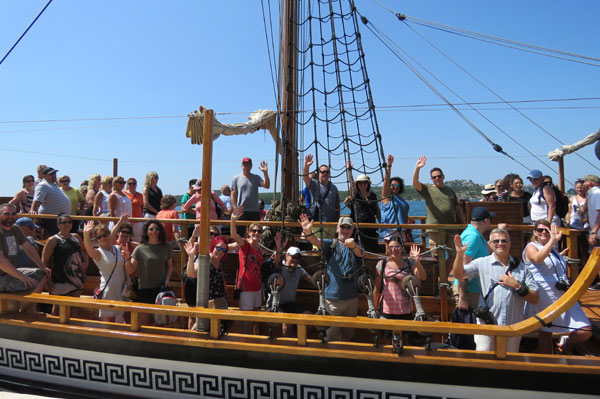 Transat Distribution agency owners were recognized recently for outstanding sales achievement with a luxury trip to Croatia hosted by a team of Transat executives.

Each year, Transat Distribution hosts an Award of Excellence trip for top-producing TDC agency owners in recognition of their exceptional sales achievement.

The group was made up of 34 agency owners and their guests, along with their hosts: Joseph Adamo,

TDC’s general manager, Nathalie Boyer said: “It is important to reward and recognize this group of owners. They made a significant contribution to the overall success of TDC and we were delighted to be able to celebrate with them in stunning Croatia this year.”

The Croatia trip included a visit to Plitvice Lakes National Park, wine tasting in Zagreb, an awards ceremony onboard a Galleon Pirate Boat and a scavenger hunt in the Old City Wall of Dubrovnik on the Adriatic.