Home › Destinations › This Has To End!

This Has To End! 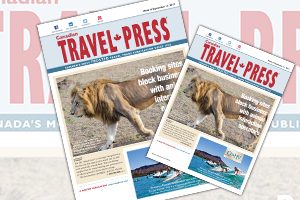 The film “Blood Lions” is no longer being shown at theatres, but the impacts of its world tour in 2016 have spread like a bomb blast.

They are driving supplier bans by major booking sites and may even be affecting South Africa’s tourism image, reports western editor, Ted Davis in this week’s digital edition of Canadian Travel Press.

The documentary spotlights a practice whereby bred lion cubs are raised in captivity, with no intention of “rewilding” them for their return to the wilderness.

They are instead raised in an enclosed environment where tourists pay for the opportunity to pet and interact with the young lions.

The really disturbing part is that once they grow bigger, beyond the petting stage, some of the tame creatures are sold to operators with darker intentions.

Lions are released into larger fenced areas where they have some limited ability to roam – and where they have been selected for death by a customer who has paid for the experience.

The so-called hunters buy a package that gives them the opportunity to enter the restricted area with a guide, find the oblivious lion and shoot it.

One payoff for the cowardly transaction is a lion trophy; another is the sale and export of the bones to Asian nations for use in Chinese potions.

The makers of “Blood Lions” explored this unsavory business by finding one of these operators in South Africa and posing as keen customers.

They used hidden cameras to capture the whole process on how much is paid and the procedures involved, without actually participating in a hunt.

Near the end of the film, their cover story is challenged and the film makers beat a quick retreat while being threatened by the operators.

By that point in the movie, most viewers are appalled that these so-called “canned hunts” even exist.

The publicizing of this practice has galvanized opposition action, both in South Africa and around the world.