TICO Urges Trade to Speak Up About Travel Industry Act 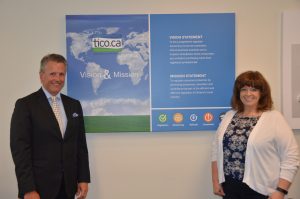 Ahead of a July 24 input deadline, TICO held a travel trade press briefing at its Mississauga headquarters yesterday (July 10) to provide an overview of the proposed changes to the Ontario government’s Travel Industry Act, which hasn’t been updated since 2002.

Phase 3 of the review, which is focused on exploring ways to better protect consumers who book a vacation or buy other travel services in Ontario; to better reflect the increasing use of online travel and to update outdated rules which place an unnecessary burden on businesses that sell travel services in Ontario, is currently underway with The Ministry of Government and Consumer Services accepting feedback on the Phase 2 report as part of the ongoing consultation process.

With two weeks left for public input, Richard Smart, President & CEO of TICO, and Dorian Werda, Vice President, Operations, advised anyone with feedback, issues, opinions or concerns to come forward now as the, “deadline is carved in stone. This is the last kick at the can.”

Some of the main proposed changes include: updating the classes of registrants by combining retail & wholesalers as travel sellers, as well as adding a class for individual travel counsellors, changes to the Compensation Fund, like contributions from consumers, continuing education for registrants and amending financial reporting requirements for those with under $2M in sales to provide internally prepared financial statements instead of a review engagement, removing the trust accounting requirement and amending deposit requirements.

“Small retail agencies are going to applaud this,” says Smart. “We think that’s bottom-line savings for smaller agencies… 90% of our registrants have sales under $2M.”

Further changes to the Compensation Fund include expanding coverage to areas not currently covered by the Travel Industry Act, such as end suppliers other than airlines and cruise lines.

“We’re promoting consumers to go into the door of retailers or onto their website to purchase travel, however if they purchase travel through an Ontario retailer that perhaps is with a tour operator outside of Ontario, it could be overseas or in the States, if that tour operator outside of Ontario seizes operations and they don’t receive services that currently is not protected by the funds,” says Werda. “We see that as a large gap as well that we would like to close for consumers.”

Smart says the proposed changes would open the door for a consumer-pay model, which he views as a hugely positive thing for the industry.

“Initially it would be co-funded, both the registrants and the consumer would pay into it,” he says. “The industry has been calling for this for a long time and I think from a consumer awareness standpoint, if this goes through and the consumers are aware they’re paying a fee, even if it is a small fee, then they’re going to begin to ask questions why, what does this get me? What am I covered for? It’s not a fee for the sake of adding a fee, we’re talking about expanding coverage.”

With new proposed disclosure requirements for TICO registrants set to come into play, including displaying the TICO logo on advertising and websites, as well as disclosing the Compensation Fund protection, Smart and Werda also hope for increased public awareness.

The proposals for possible changes to the Travel Industry Act are intended to:

Proposals for possible changes include:

Pictured at the event are Smart and Werda.