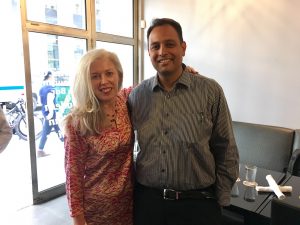 William Blake was clearly in awe of a tyger, tyger but Varun Narain Mathur says the famed British poet would have found many other creatures burning bright in the forests of the night if he had ventured to India.

Narain Mathur of India tour company JungleSutra says that, when it comes to his homeland, visitors will find that tigers – often seen as an iconic Indian creature – are only one side to a remarkably diverse wildlife scene.

“India has so much wildlife but it has been overlooked,” he said during a Wednesday Toronto visit.
In fact, Narain Mathur said his huge homeland has 10% of the world”s wildlife species, including 15 types of wild cats that range from mighty lions and tigers to the rusty spotted cat, Asia’s smallest wild feline.

In contrast, Africa only has 10 wild cat species, he said.

As well, India is home to 1,250 bird species which enables companies such as his to create “unique programs for birders.”

In fact, there are 870 creatures endemic to India, with more being discovered, he added.
In all, the country has 700 protected areas, 110 of them national parks and 49 of which are home to tigers. Safaris designed to provide tiger sightings are available.

Narain Mathur said his company can provide non-mainstream tours, such as primate walks that showcase the likes of gibbons and monkeys, or trips that enable people to canoe on water bodies home to the likes of aquatic birds and crocodiles, with those reptiles not being a threat to the canoeists.

He said that his company provides different types of lodging including luxury camps, “wonderful lodges” and “treehouses with air-conditioning.”

More rugged individuals can opt for Himalayan expeditions that seek sightings of snow leopards and have participants sleep in tents in lofty settings.

Despite the rich wildlife, “forts, palaces and colourful markets” are generally what come to mind when foreign travellers think of India, said Narain Mathur, adding that his company can provide visitors with itineraries that showcase both India’s natural and cultural sides.

Go to http://www.junglesutra.com for more.

Seen here are Narain Mathur and Dallyce Macas of eminence Canada Tourism Consulting, which represents JungleSutra in this country.