Home › Airlines › Time For A Reset

Time For A Reset 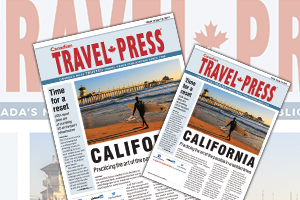 The US Travel Association is hoping that a scathing report detailing America’s crumbling air transport infrastructure will spur remedial action from “the very highest levels” of the federal government, reports Montreal editor, Mike Dunbar in this week’s digital edition of Canadian Travel Press.

Not only will the upcoming report catalogue the current shortcomings and inevitable future capacity crunch spawned by decades of non-investment, it will also provide Washington lawmakers with a series of recommendations designed to cure the sector’s ills, according to the association’s chair Geoff Ballotti.

The Wyndham Hotel Group CEO told an IPW trade show press briefing that “a connected America is a competitive America and that means having adequate infrastructure to support travel to and within the United States.”

The New Jersey resident said he travels weekly out of Newark, La Guardia or JFK, “which provides a front row seat for witnessing how our country’s infrastructure is so often unable to meet current demand along with the growing volume we hope to welcome in the future.”

He told some 500 reporters at the packed press conference, “This is one of the most important IPWs ever held. What really concerns us at US Travel is the state of our airports. They are simply not up to speed and, given the importance of our international travel, we are all frustrated on why it’s taking so long to make fixing our airports a national priority.”

Ballotti revealed, “In the coming weeks US Travel will release a report detailing how our air travel system is simply not working well enough to serve and support the needs of our consumers.”

He said, “Important data points will show that nearly 60% of our airports have lost connectivity over the past decade and over two-thirds of our states have seen air service deteriorate and quality and convenience fall.

“The situation is worse today than it was in 2007, with fewer direct flights to fewer destinations,” Ballotti charged.