Time For The U.S. To Recognize AZ, WTTC Says 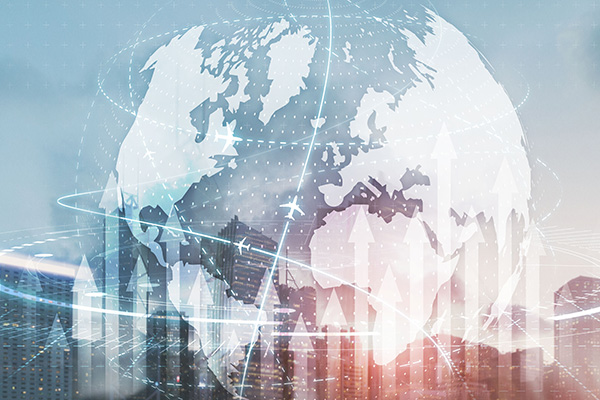 The World Travel & Tourism Council (WTTC) is urging the U.S. government to speed up approval of the UK’s AstraZeneca vaccine in order to help restore vital transatlantic travel.

WTTC points out that while this week’s approval of the Pfizer vaccine by the U.S. CDC is a positive, it still doesn’t currently recognize AstraZeneca as an approved COVID-19 vaccine.

So, even if the Biden Administration allows borders to reopen, the CDC’s non-recognition of AstraZeneca will be a significant barrier to transatlantic travel between the UK and the U.S.

As a result, the WTTC, says America will effectively remain off-limits to the majority of Brits – and many millions more around the world – who are vaccinated with the AstraZeneca drug.

AstraZeneca has the largest global reach of all current vaccines and has currently been administered across 176 countries and territories, highlighting the importance of its approval in the U.S.

WTTC says CDC non-recognition will continue to seriously depress consumer demand and prevent any meaningful revival of transatlantic travel from the UK to the U.S.

It will also continue the serious knock-on effects throughout the travel and tourism sector on both sides of the Atlantic.

U.S. carrier JetBlue recently launched its first transatlantic flights from New York to London, while Aer Lingus, British Airways, Virgin Atlantic and American Airlines are all due to add new routes or extra capacity to cater to increased demand from the U.S. to the UK.

According to travel and data analytics expert Cirium, UK-U.S. flights scheduled for the last week of August have plunged by 73% compared to the same period in 2019, before the pandemic.

Virginia Messina, WTTC senior vice president, said that: “It’s crucial the U.S. authorities step forward to formally approve the AstraZeneca vaccine as a matter of urgency to enable cross-border mobility and the return of transatlantic travel between the UK and U.S.”

Messina explained that: “Unless it gives it the green light, then the U.S. will effectively remain closed to the vast majority of UK visitors and the many millions around the world who are double-jabbed with the AstraZeneca vaccine.”

The WTTC’s senior vice president continued: “This will leave airlines, cruise lines, tour operators, hotels and the entire Travel & Tourism infrastructure, which depends upon transatlantic travel, in significant trouble for the foreseeable future.”

And Messina added: “Neither the U.S. nor the UK economy can afford this ‘vaccine vacuum’ to continue a day longer, and every day which passes, and transatlantic travel remains off limits, it leaves the Travel & Tourism sector sinking deeper into the red.”

The WTTC also warned that the current CDC approval process could take months to give AstraZeneca the all clear, saying that it feared that if the U.S. rounded on a policy which only approved the U.S. Food and Drug Administration (FDA) vaccines, this would prevent millions of travellers from visiting America, the third most popular destination for travellers in the world.

Interestingly, the New York city has now included AstraZeneca on its list of vaccines which would be accepted as proof of inoculation to enter many indoor venues.

And the WTTC said that it expects other U.S states to follow New York’s lead and called upon the federal government to include all World Health Organization (WHO) and FDA approved vaccines.

In addition, WTTC has grown increasingly concerned that more layers of complexity around vaccine requirements are increasing barriers to mobility and cross-border travel, with Austria recently announcing a 270-day expiry date for COVID-19 vaccine certificate.

The global tourism body believes such a move could significantly delay the recovery of the country’s Travel & Tourism sector, deterring travellers from visiting, causing further damage to the Austrian economy.

Vaccine inequality could become an increasing barrier to international mobility and continue to inflict damage upon economies around the world.

WTTC has also recently pressed the UK government to bear the cost of hugely expensive and unnecessary PCR tests for fully jabbed citizens, which continues to deter Britons from travelling.