Time To Turn Things Around 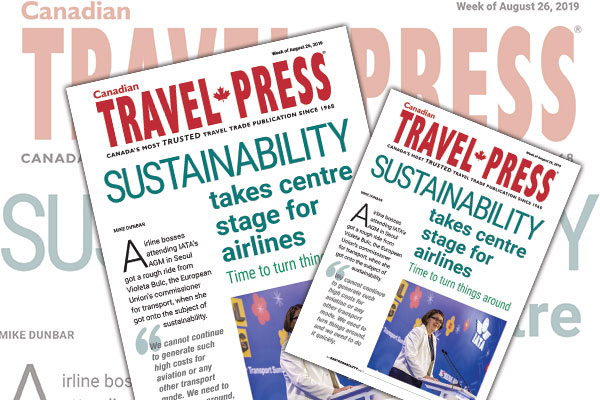 Airline bosses attending IATA’s AGM in Seoul got a rough ride from Violeta Bulc, the European Union’s commissioner for transport when she got onto the subject of sustainability, reports Quebec editor, Mike Dunbar in this week’s issue of Canadian Travel Press.

Bulc started out by declaring, “I could stand here all day and talk about the negative externalities of transport in general and the impacts of emissions on our climate and therefore our planet.”

She spared the 290 or so carrier chiefs the day-long diatribe but pointed out, “We all know that aviation emissions are rising rapidly: Today’s carbon dioxide emissions from air transport are almost twice as high as they were in the 1990s.”

The Slovenian politician added, “We are about to publish the results of a study into the negative externalities of transport, which amount to one trillion euros or 7% of GDP. The study finds that environmental costs, such as climate change, air pollution and noise represent almost 100% of all costs for aviation, amounting to 33 billion euros for the 33 EU airports covered by the study.”

Noting that “the price paid for those travelling by plane roughly covers the infrastructure costs but not the environmental costs,” Bulc declared, “We cannot continue to generate such high costs for aviation or any other transport mode. We need to turn things around and we need to do it quickly.”

She told AGM delegates, “We owe this to our planet and to future generations but if that isn’t enough to convince you, we also need more sustainability to ensure public acceptance and, in the future, I expect the aviation industry’s license for growth to be linked directly to perceptions of sustainability.”