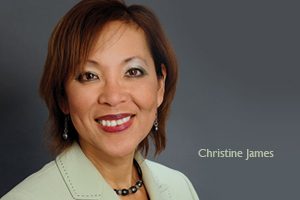 It’s the largest network of its kind in Canada with over 625 agencies, and still growing!

That’s the message delivered to the Canadian delegation that came to the inaugural International Conference of the Travel Leaders Network group in Orlando Florida this week, reports Press Today’s Ron Pradinuk.

As the vacation.com brand becomes TL Network Canada, Christine James and other members of the Travel Leaders team presented new initiatives for the membership to take advantage of, and announced updates of others.

Jim Nathan’s comments were met with applause when he confirmed that new marketing programs going forward will come not only with Canadian pricing, but in full compliance with TICO’s regulations and Canada’s regulations for all-in pricing.

Brian Hegarty laid out the strategy for website development with a separate version just for Canada. It will be, as he said, translated to Canadian English.

For those who are participating in the website program, access will also be available in mobile friendly versions.

He encouraged everyone to start using Agent Profiler because it is working for those who have been on the program. Agent 2.0 as it is described will be even better giving agents more leeway for additional relevant information.

The program has been producing strong leads with a significant increase already over last year.

Gloria Stock encouraged agents to get involve with the two year training programs to gain certification in the four categories they are currently supplying, Honeymoon and Destination Weddings, Active Adventure, Luxury, and Leisure Travel.

Those agents who take the business will see results in increased business.

At the same time she underscored this is a serious education program and participants will need to work hard to succeed in it.

The agents had already heard about the announcement regarding the new role for the vacation.com URL. As the program evolves they will begin to understand just how much impact it will have in bringing new clients to the site in a manner that will create a loyalty and trust in the TL Network brand.

Watch for more from the TL Network in upcoming issue of Travel Courier and Canadian Travel Press.