Home › Airlines › To The Azores And Beyond

To The Azores And Beyond 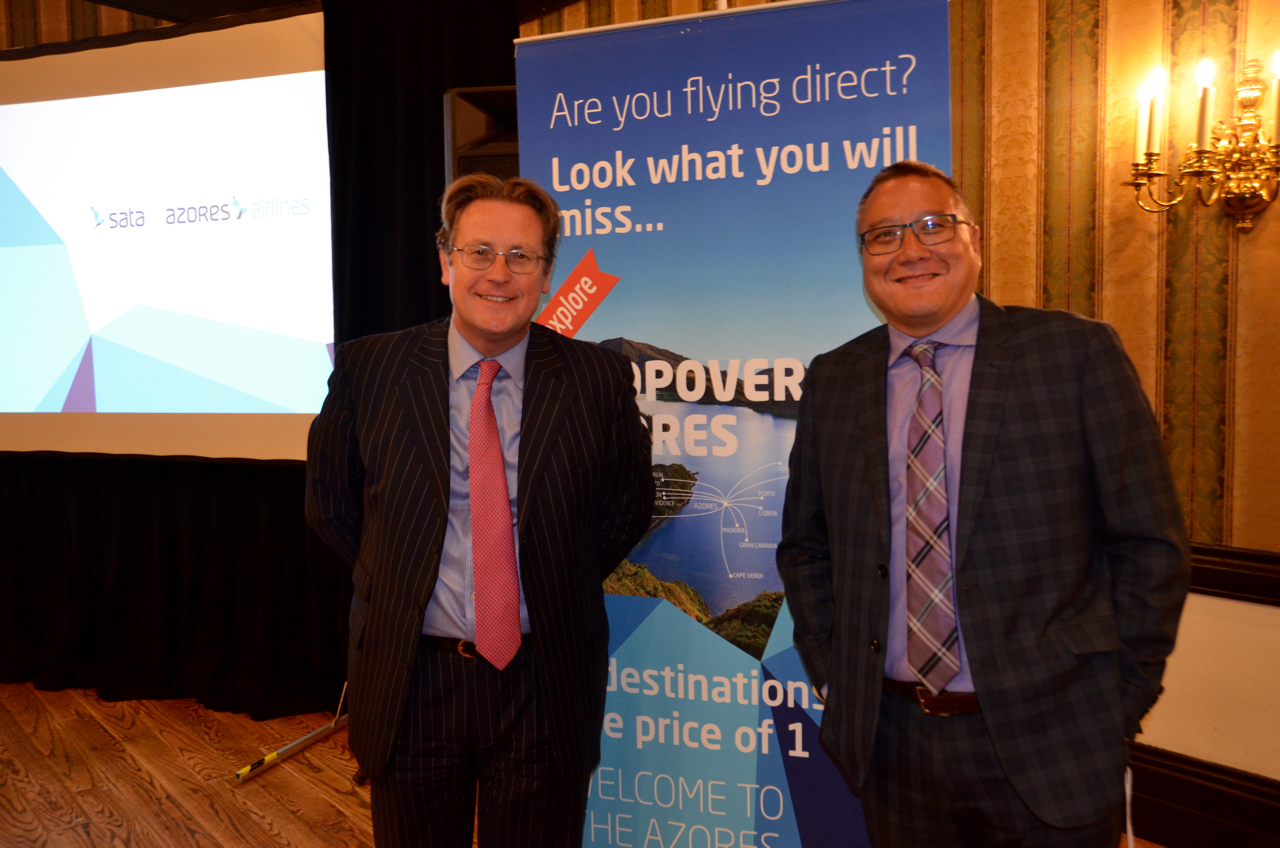 Azores Airlines hopes to do with the Azores – Portugal’s nine volcanic islands in the North Atlantic Ocean – the same as Icelandair has done with Iceland.

With a hub in Ponta Delgada, Gavin Eccles, chief commercial officer, Azores Airlines plans to position a stopover in the archipelago as a way for travellers to experience two unique destinations for the price of one.

“A Canadian can be in Europe in five hours,” he told a Toronto gathering last night (May 30) presented by Azores Airlines and the Portugal National Tourist Office. “We are offering clients the ability to discover a part of the world that they may not normally be thinking of going to… We need to educate people that there is an alternate way to get to the mainland.”

“Some people think we only touch Azores, that’s not fair. We’re a Portuguese airline. We go on from Azores,” he said. “We’re 76 years old and I think that’s a fantastic achievement for an airline. And if I look at Canada, if I look at 2013 to 2017, we’ve grown 63% in the amount of seats we’ve offered direct from Canada to Portugal.”

Describing it as Portugal’s oldest newest airline, he says agents drive 40% of the business for Azores Airlines, which boasts a 6% commission rate.

“Travel agents are what keeps me going, keeps my business going, and we need you,” he said, adding that the Canadian market is vital for the airline. “We also believe in supporting those who work with us. We believe passionately in upfront commission. You are our sales force. You are selling me, why would I not want to reward you?”

This summer will see four weekly flights to PDL and one to TER from YYZ, as well as weekly service from YUL to PDL.

“Obviously in the last two years, the North American market to Portugal has been exponential. The Canadian tourist is really defining Lisbon and Porto as some of the best cities in the world. Why would you fly direct? Lisbon is unique so let’s go via somewhere else that is unique,” he said, explaining that their target guest isn’t a business traveller. “What I hope to find is that good premium leisure customer that isn’t rushing to Lisbon. They are open to a couple of days to take some time out, and just kind of discover someplace that is quite unique.”

Some selling points for the airline are that baggage, pre-seat selection and food and beverages are included in the ticket price.

Pictured at the event are (l-r) Eccles and William Delgado, Visit Portugal’s country manager for Canada.