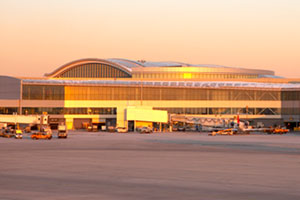 With demand for air travel in the Greater Toronto Area (GTA) continuing to grow, Toronto Pearson, which is forecast to welcome nearly 48 million passengers this year, will see several new airlines enter the local market in 2018, as well as expanded service from existing carriers and more frequent flights on some high demand routes.

For the summer 2018 season, Air Canada will offer new direct service to Buenos Aires, Argentina, as well as new routes from Toronto to Providence, RI, Omaha, NB, Nanaimo, BC, and Kamloops, BC.

New Canadian carrier Flair Air will operate for its first summer out of Toronto Pearson after starting service to Edmonton, AB and Kelowna, BC this month.