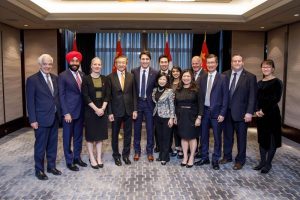 Toronto has won a bid to host the largest Chinese travel delegation to visit Canada, bringing an estimated 10,000 visitors and $80 million in spending to the city.

Amway China and their top distributors will be in Toronto for their Leadership Seminar in 2020.

Tourism Toronto has been actively developing the bid over the past five years, with strong support from the Government of Ontario and the Government of Canada. The announcement was made shortly after the Amway leadership team met with Prime Minister Justin Trudeau in Beijing.

“Toronto was competing with some of the biggest destinations in the world for the Amway China bid, and we’re thrilled to have been selected,” said Johanne Bélanger, president and CEO of Tourism Toronto. “Toronto’s tourism industry is thriving, especially from overseas markets like China – and that benefits the city, the province and all of the businesses in the visitor economy.”

More than 321,000 Chinese travellers are projected to visit Toronto in 2017 – a 77% increase over a five-year span. In 2017, Chinese visitors are forecast to spend $306 million, the first time the total spend has topped $300 million – the highest total from an overseas market.