Home › Destinations › Tourism Australia Says Thanks For The Support

Tourism Australia Says Thanks For The Support

Agents Can Sell Australia With Confidence 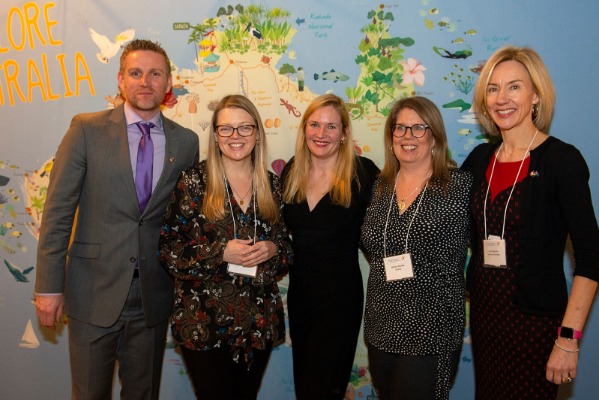 Tourism Australia says those visiting Australia can have an enjoyable and more importantly safe vacation these days in a country that has seen areas ravaged by bushfires that have generated international attention in the past couple of months, reports Press Today’s Ian Stalker.

Unusually hot weather and prolonged droughts in part of the country fueled fires in different areas that tourism authorities concede have put a damper on its tourist trade.

A Tourism Australia delegation visited Toronto Monday as part of a North American tour to reassure travel agents that their clients can safely vacation there.

Jane Whitehead, Tourism Australia’s vice-president for the Americas, added recent rains have doused most of the fires and most of the large country has been unaffected by them.

“Please be assured you can continue to sell Australia in confidence,” she said.

But Whitehead’s colleague Chris Allison in turn told the gathering that the fires – blamed for the deaths of over 20 people – have had “quite a significant impact on tourism in Australia” as many would-be tourists have become leery about visiting it at this time.

Whitehead praised agents for familiarizing clients about the situation, saying a “lot of cancellations have been avoided” because of their work.

“What you all do is so very important and we are so very appreciative,” she said.

Updates about the situation are being provided at Australia.com.

Whitehead said that her homeland continues to offer visitors a “really memorable vacation” and asked people not to go simply “to do us a favor” in helping rebuild Australian tourism. “Go because it really does offer the best vacation that you can have.”

Many parts of the country remain pristine, Whitehead continued.

Tourism authorities have earmarked funds for a consumer tourism campaign to attract potential visitors who may now be wary.

Among tour operators represented at the event was Goway Travel, which has a large Australia program. One Goway employee told Press Today that her understanding is that the fires only affected 2% of Australia’s land mass.