Tourism to Germany is Booming

On The Road In Nuremberg At The Germany Travel Mart 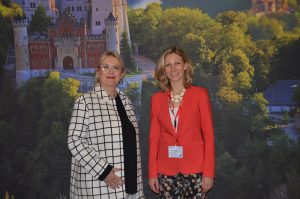 In spite of the many challenges affecting tourism to Europe, Germany posted record results for the 7th straight year with 80.8 million registered international overnights in 2016 — a growth of 1.1 million from the previous year, reports Press Today’s Ann Ruppenstein from this year’s Germany Travel Mart.

Citing economic reasons like Brexit, and security concerns surrounding terrorist attacks as some of the factors impacting inbound tourism, Petra Hedorfer, Chief Executive Officer of the German National Tourist Board (GNTB), told the international trade gathered from 53 countries at the 43rd annual Germany Travel Mart (GTM) she’s still optimistic the destination will see up to 2% growth in 2017.

Despite the overall increase in foreign visitors, Canadian overnights decreased by 28,000, down 4.3% compared to last year, but Antje Splettstoesser, Director of the German National Tourist Office in Canada, points out the figures don’t include a significant number of Canadians who visit the country via river cruises.

“The recorded overnights for Germany recorded by the federal government are based on hotels 10-beds plus as well as camping grounds and there we have seen a ditch of 4.3% but we also look at other statistics measuring visits to Germany, for example recorded by Statistics Canada, and if you look at the development over the last five years, in 2015 we had a 20% growth in terms of visits, which has made us basically the second fastest growing destination in Europe, right after Spain,” she says. “If you look at the numbers, for example overnights from 2010 to 2015 have increased by 12.5% from Canada while visits have increased in the same time frame by 76%.”

While the GNTB is also noting a decrease in the amount of travel booked by agents, Splettstoesser says 32% of Canadian bookings for direct travel to Germany are still made by the trade.

“We still feel that, if you look especially at the most important markets for Germany, which would be Ontario, Quebec as well as British-Columbia, we know about the strong presence of TICO and the consumer protection boards, so I think the consumer is becoming more and more aware that once they book with a registered travel agent they are basically better insured and covered so we actually do see there is still a strong relation with the trade, which is why we in Canada still have a strong focus on trade,” she says. 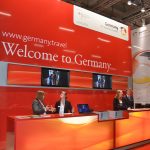 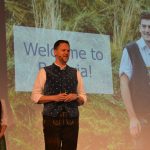