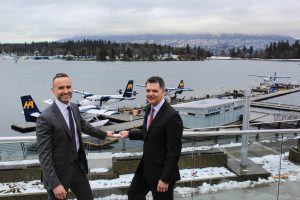 There is no denying the importance of tourism, as discovered in British Columbia.

Nearly 90% of respondents to a recent BC Chamber of Commerce member survey say BC’s visitor economy will become even more important over the next decade.

Just under 1,200 businesses of all sizes and business sectors from each region of the province were asked to rank the importance of BC’s primary industries over the next five to 10 years. Over half (52%) pegged tourism at the top, followed by clean technology, health services and international trade.

“Given how well the industry has performed, the survey outcome is not a surprise. Tourism operators, destination marketing associations and multiple sectors have worked with all levels of government to build British Columbia’s visitor economy and ensure adequate levels of investment in infrastructure, marketing, new products and services, as well as policies that encourage growth and sustainability,” said Walt Judas (pictured on the right), CEO of the Tourism Industry Association of B.C.

British Columbia’s $15-billion visitor economy employs approximately 127,500 people in nearly 19,000 businesses – and it’s growing. In fact, the industry has broken records year-over-year for the last three years in most regions of the province, further solidifying the vital role of tourism in BC’s economy.

The province also saw a spike of 12.2% more international overnight entries in November 2016 over the same time in 2015.
According to the BC Chamber’s Collective Perspective survey, federal, provincial and municipal governments were all seen as supportive of business, however identified room for improvement on taxes, regulations and labour issues. Respondents were generally positive about British Columbia’s economic climate and expected more growth in 2017.

“BC has worked hard to ensure it has a diverse economy – and tourism has played a strong role on this front for years. Our data reveals the insight that more and more communities around the province may be looking at ways to proactively engage in the visitor economy as a means to become more resilient and prosperous,” said Val Litwin (pictured on the left), president and CEO of the BC Chamber of Commerce.