Home › Destinations › Tourism In A Time Of Uncertainty

Tourism In A Time Of Uncertainty

Protectionism Has No Winners and Invites Retaliation 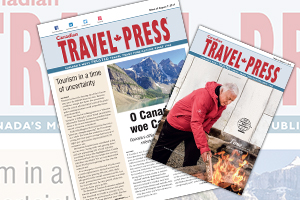 Tourism has been the shining star of the US economy since the 2008-09 financial crisis.

Those were the key talking points in a `What the Economy is Telling Us About Travel’ presentation, delivered by Tourism Economics president Adam Sacks at the recent Destinations International annual convention in Montreal.

Sacks told delegates that tourism has been on a “great run, strongly outpacing” the US economy as a whole.

The trend has resulted in a record-setting 2017 first quarter average hotel stay of 3.7 nights per capita and an unprecedented 65.5% occupancy rate.

International markets have contributed to the success story; “doing really well, gaining share,” and now approaching 20% of total visitation according to Sacks, who highlighted that Canada has bounced back this year despite the currency imbalance and added, “It’s not coincidental that Brand USA has been gaining traction over the same period.”

As a consequence, travel has led US jobs recovery with employment in the food services and lodging sector growing 30% since 2001, while jobs growth in the overall economy is at 9%.

As a result, personal income in the economy as a whole has risen 68% over the same period while tourism take-home pay is up 96%.

The founder of Tourism Economics explained that the domestic market looked set fair, given that household net wealth is currently 24.5% higher than the previous peak in 2008.

That has resulted in the lowest debt level since 1980.

Sacks added that manufacturing activity is growing and the US economy has “finally turned an important corner” with more business investment too.

On the negative side he pointed out that income growth is slowing along with overall domestic spend, while the cost of travel from all major international markets has appreciated 19% since 2014, courtesy of a more muscular greenback.