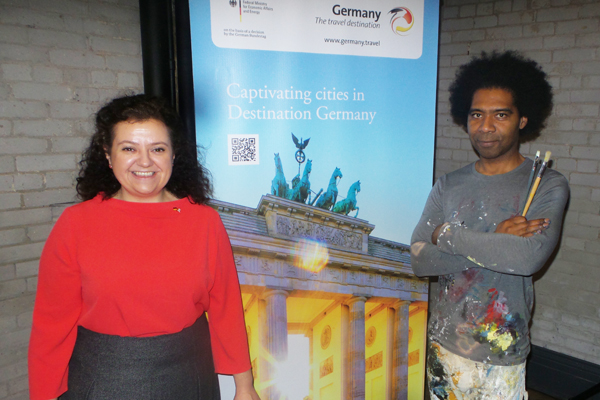 The Berlin Wall has come down and tourist visits to Germany have gone up.

Julia Dywelski, who oversees the German National Tourist Office’s Canadian office, told a Wednesday Toronto gathering that in the 30 years since the removal of the barrier separating East and West Berlin, tourism to Germany has soared.

“Shortly after reunification (of East and West Germany) more than 31 million overnight stays by international visitors were recorded in the former West Germany and 3.4 million in the former GDR (East Germany). Between 1993 and 2018, the number of overnight stays by international visitors for Germany as a whole more than doubled,” she said.

“The long-term growth in inbound tourism to Germany since reunification has outpaced the growth in tourism at both European and global level.”

Topping the popularity list is Berlin, which last year saw 15.1 million overnight stays by foreign visitors in the latest statistics.

Dywelski said her homeland has gained a number of attractions in recent years, with Stuttgart, for instance, having seen Mercedes-Benz open a “glitzy museum with an outstanding collection that illustrates the development in motorcar production.”

She also praised Frankfurt for its “magnificent art collections, a variety of interesting museums and impressive architecture.”

Hamburg, in turn, “is the pearl in the northern part of the country” and its Warehouse District is the largest warehouse complex in the world and has been named a UNESCO World Heritage Site, she continued.

Dywelski labelled Potsdam “one of Germany’s most attractive towns and the capital of the state of Brandenburg. With its authentic charm, picturesque brilliance and rich history, the city is a cultural gem well worth visiting. Potsdam is romantic, full of nature and pretty UNESCO-listed palaces.”

Dywelski added that Germany is known for its “amazing beer” and the Bavarian town of Bamberg is one of 46 UNESCO sites in Germany and has “excellent beer produced by the nine breweries that operate here.”

Pictured are Dywelski and street artist Jim Bravo, who guided attendees at the event through a painted recreation of Berlin’s Brandenburg Gate.