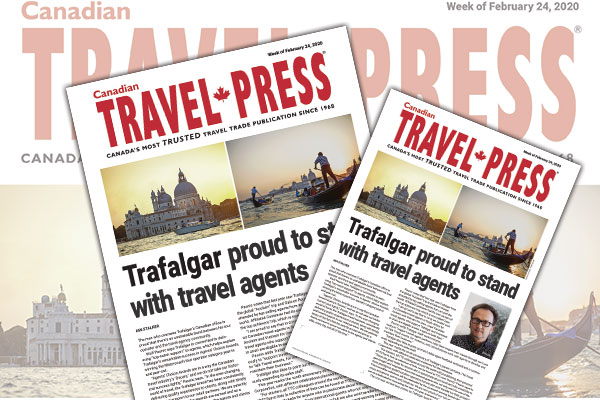 The man who oversees Trafalgar’s Canadian office is proud that there’s an unshakeable bond between his tour operator and the travel agency community, reports Ian Stalker in this week’s issue of Canadian Travel Press.

“Agents’ Choice Awards are in a way the Canadian travel industry’s ‘Oscars’ and we do not take our historical success lightly,” Paunic says. “In the ever-changing world of travel, the Trafalgar brand has been consistently delivering quality experiences to clients, along with timely and honest support to our retail partners. We are patently aware of the fact that the awards are earned and as a brand we have to prove our value to the agents and clients alike, every day and all of the time.”

Paunic notes that last year saw Trafalgar host the global “Acclaim” trip and Gala en Rouge, attended by top-selling agents from around the world. Affiliated Costsaver had its own version of the top achievers’ trip, which is now called Crew.