Home › Destinations › On The Trail Of Luther’s Legacy

On The Trail Of Luther’s Legacy

Germany Celebrates 500 Years Of The Reformation 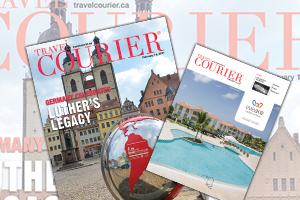 The beginning of the Protestant Reformation is believed to stem from the moment Martin Luther nailed his 95 Theses on the doors of the Castle Church in Wittenberg, Germany on Oct. 31, 1517, sparking a veritable religious revolution, reports Ann Ruppenstein in this week’s digital edition of Travel Courier.

With the 500th anniversary of the occasion, which challenged the Roman Catholic Church’s practice of selling indulgences to absolve sin, drawing near, tourism officials are counting on the masses to join in for the celebrations.

“We definitely expect an increase in visitors for the 500th anniversary of Martin Luther’s nailing his 95 Theses to the door of the Wittenberg parish church,” says Antje Splettstoesser director of marketing and sales, Canada, for the German National Tourist Office.

“It is very impressive how 500 years ago, a monk stood up to the Pope, challenging the ways of the church at the time, causing the Reformation and the split of the church, and who also helped the Germans find one common language. He was a reformer on several levels – no wonder Martin Luther King was named after him.”

Oliver Friedrich, a guide with the city, said as many as 350,000 people are expected to visit Germany for the festivities, which are not only taking place in Wittenberg – a UNESCO world heritage site since 1996 – and Luther’s hometown of Eisleben, but across the country.

“We’re really proud of the fact that a city so small affected the faith of people worldwide,” he says.
The anniversary is indeed a national affair, with The German National Tourist Board (GNTB) declaring ‘Luther 2017 – 500 Years of the Reformation in Germany’ as its campaign theme for the year.

“Luther not only reformed the church, his thinking and his philosophy shaped much of the world as we know it today. And that is the aspect of the anniversary we feel strongly about: a historic event for the world,” says Splettstoesser.

“Our foreign guests will range from anyone generally interested in religion – or specifically the Lutheran faith – to, and possibly more so, anyone interested in world history.”