Transat ‘Flights in Search of Santa’ Filled With Magic 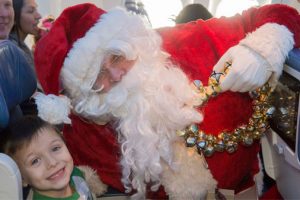 Hundreds of children living with severe illnesses and their families were offered a brief respite Wednesday (Dec. 6) during the annual “Flights in Search of Santa” organized by Air Transat and the Children’s Wish Foundation.

Departed on their search for Santa Claus, children were able to find him somewhere in the sky between Montreal, Toronto, Vancouver, Paris… and the North Pole!

The memorable day began at the Air Transat check-in counters at Montreal-Trudeau, Toronto-Pearson, Vancouver and Paris-CDG airports. The festivities continued on to the boarding gate, where a number of activities awaited everyone before take-off. Once in the sky, a surprise guest soon appeared in the cabin – Santa himself. 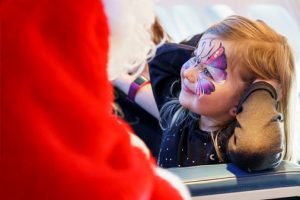 “For Air Transat, this event has become a real tradition just before the holiday season,” said Jean-Francois Lemay, president, Air Transat. “The Santa Flight holds a special place in our employees’ hearts and in our corporate responsibility initiatives.”

“When a child is diagnosed with a life-threatening illness, the life of the entire family is affected,” shares Chris Kotsopoulos, chief executive officer of the Children’s Wish Foundation. “Today, we’re not just providing respite from hospital visits, we’re creating wonderful memories and holiday magic to cherish, that are unique to our Wish Families.”

During this magical day, Air Transat announced a donation of $116,000 to Children’s Wish, which represents the amounts collected over the past year as part of the air carrier’s Small Change, Big Hearts program and other initiatives, and is in addition to the over $5 million raised for Children’s Wish since the inception of the partnership between both organizations in 2004. 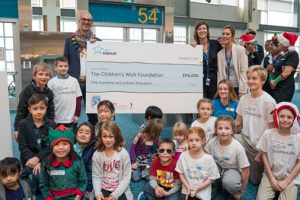 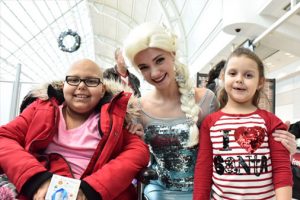 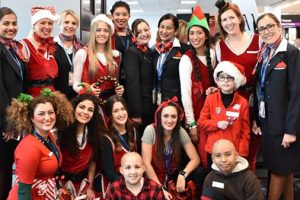