Transat Takes On Growth in Europe 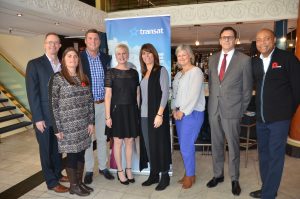 Despite facing terrorist attacks and a low Canadian dollar, 2016 proved to be a successful year for travel to Europe with Air Transat.

“This summer was a huge challenge because of what’s happened in Europe – mainly in France and Belgium – it was a real challenge,” says Gilles Ringwald, vice-president, commercial for Air Transat. “But because we did so good during the summer 2016, we will increase much more during the next summer.”

Looking ahead to the Europe program for 2017, Air Transat will once again operate direct flights to 27 destinations in 13 countries from five Canadian cities, and increase its capacity to Europe by another 7%.

In addition to an enhanced flight program to France and the United Kingdom, and more flight frequency to the Mediterranean, Air Transat is also increasing the Toronto-Zagreb and Montreal-Prague routes, two recent additions to the transatlantic program, to twice a week.

“France and Belgium suffered quite a lot because of the events, however the Southern destinations worked very, very well, which is why we’ve decided to increase the capacity to Portugal, Spain and Italy as well,” he says.

There will also be a strengthened connecting flight program for travellers in Vancouver, Calgary, Toronto, Ottawa, Montreal and Quebec City including new Ottawa-Montreal (three flights/week) and Vancouver-Montreal flights (two flights/week).

By November 2017, the airline also plans for the first time to have interlining agreements in place with other airlines.

“The big thing is we want to expand the network and increase the frequency to offer much more flexibility to our client,” he says.

Since making the shift earlier this year to utilize only the Transat and Air Transat brands, Denise Heffron, vice-president, national sales & commercial for Transat, says they’ve also regrouped product in a simplified way, for example the new Guided Tours brochure covers both Europe and Southern destinations, and all the brochures have a similar theme.

“We’re very much still in the guided tours business,” she says, adding the packages include Transat’s Flight Protection program. “I think when we retired the Transat Discoveries brand maybe people thought we weren’t, but we’re there and many of the itineraries that we had are with us as well under the Transat brand.”

“Something new that we have is Transat Assistance 24/7, we are available 24 hours a day now for clients in destination if there’s a query worry problem or an issue they can call us,” she says.

Also new to the program are six cycling tours in France, Portugal and Spain, which include roundtrip flight, accommodations, breakfast, baggage transport and itineraries, for all levels of cyclists. Packages include riding among the castles of Loire, the vineyards of the Douro Valley or along the steep coast of Costa Brava.

Then for those clients seeking accommodations at reduced costs, Transat introduced Savvy Choice, which has travellers choose the hotel star rating of their choice (three or four stars), and Transat will find them a hotel with that rating among those available, and at a lower price than that of a confirmed hotel.

Transat now only offers cruise packages with air attached, with a variety of options for ocean and river cruises in Europe.

As part of the Europe program for 2017/2018, there will increased frequency on these routes: