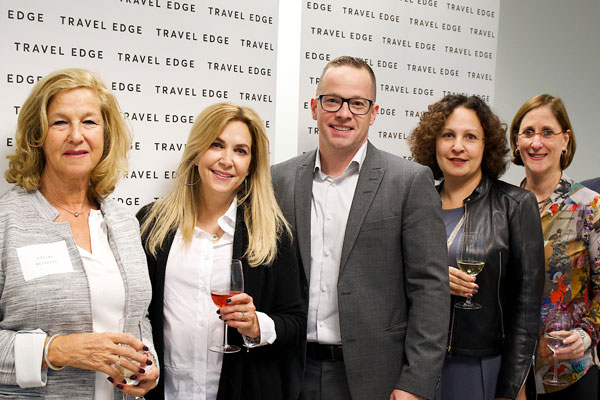 The team at Travel Edge welcomed about 150 of its key suppliers and top advisors to celebrate the opening of its new offices at Queen and Yonge in Toronto last night (Oct. 2). As Travel Edge’s executive vice-president, leisure, Michael Johnson observed the evening was about showcasing the luxury agency groups: “New office, it’s new perspective,” and the fact that it now has “room to grow.”

Johnson told Press Today that Travel Edge as founded around a coffee table back in 2006 and entered the luxury travel market well before everyone else.

Since then, Johnson said that Travel Edge has grown organically and by acquisition, building up a network of over 500 independent consultants in both Canada and the United States and generating sales that are “well into the hundreds of millions.”

And clearly, the word is getting out about Travel Edge which was voted the “Most Hospitable Agency Group” by Virtuoso at its recent conference.

So what’s the difference? Well, Johnson will first point to Travel Edge’s proprietary ADX – Agent Digital Experience – technology, but perhaps more importantly, he’ll tell that the real difference is that the group “recognizes its advisors for their craft.”

And now, after spending almost a decade and half building its operation, Travel Edge is ready to tell its story.

“We have a compelling story to tell,” Johnson told Press Today, “and it’s a story for both our clients and advisors.”

Stay tuned, Travel Edge has lots more to tell as it writes its story.