Travel to France is Blooming 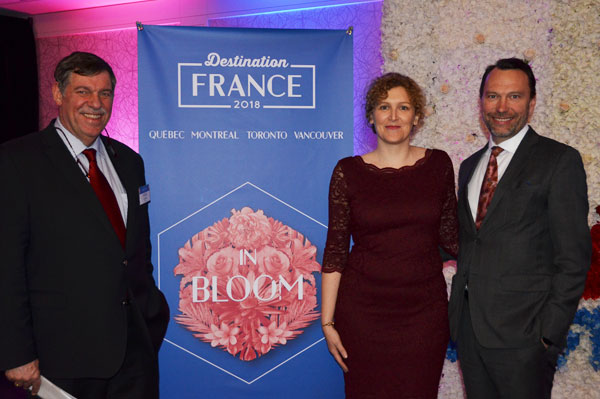 Call it a comeback. After facing some challenging times for tourism in recent years, Mélanie Paul-Hus, Director for Canada, Atout France was in Toronto last night (Feb. 28) to share the good news that travel to France is back in full bloom.

“International arrivals for… key markets were slowed down in 2016, as you all know, resulting in a decrease in tourism that year globally,” said Paul-Hus. “However, in 2017, France was back on track. Not only did it catch up with the losses over the previous year, estimations lead us to think that it will have exceeded the good results of 2015 prior to the attacks with between 88 to 89 million foreign tourist arrivals.”

Of note, she pointed out that Canadian arrivals in 2016 remained strong, with the destination welcoming 1,125,000 Canadians, representing an 11% increase over 2015.

“This represents some 11 million overnights and 1.4% of all tourists visiting France,” she said. “France’s objectives have been set and are ambitious: 100 million international tourists to be welcomed in 2020, and 50 billion euros spent by visitors.”

Featuring the theme In Bloom to represent France’s recovery after two difficult years, the event consisted of a press conference, travel trade show, and an awards ceremony.

“As an essential part of France’s economic and cultural development, the tourism industry has a bright future and all Canadian tour operators, travel agents, journalists, and travellers, can recommend France as the high-quality sought after and ever-improving destination it is,” she said.