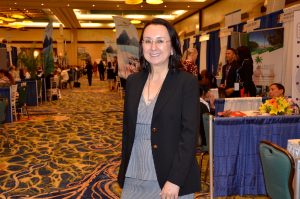 There’s no question Trump was a hot topic arising multiple times during the Caribbean Travel Marketplace, which just wrapped up in The Bahamas.

Karolin Troubetzkoy, president of the Caribbean Hotel and Tourism Association (CHTA), told PressToday, she’s concerned about the messaging that has come out since he became president.

“Whilst I think originally we didn’t see immediately the impact that it could have had on actual tourism, now we are a bit concerned,” she says. “What I’m concerned about mostly is the psychology of the American traveller, how it will be affected by that sort of stance that president Trump has taken. Will the American traveller of the future be embarrassed and perhaps feel less loved in the world and will that affect their travel pattern?”

Along with a low loonie, she says last year was particularly difficult for travel to the Caribbean because there were challenges across all source markets and not simply one originating market as was the case in previous years.

“We’ve had to deal not only with the Canadian market, but also with Brexit, then warm winters in some destinations, travel patterns were definitely affected by the Olympic Games, and it was the US election… Zika, Hurricane Matthew, there were so many reasons, so I think the bad luck for us was that every thing came all together,” she says. “But the weak Canadian dollar is a concern and will remain a concern because the Canadian market is a very important one to the Caribbean and we understand clearly if suddenly the price of the Caribbean vacation has gone up by 15-20%, that will have a tremendous impact on the viability of somebody booking a holiday in the Caribbean.”

Troubetzkoy says CHTA is also looking with interest at what happens with Cuba and if some of the Canadian business may get displaced elsewhere, “but then again I think very few destinations in the Caribbean will be able to price-match or come up with an attractive offer that would be as attractive as they can currently get in Cuba.”

While she believes there’s opportunities for growth from Canada, especially in growing arrivals beyond the winter market and focusing on the honeymoon segment, she says one of CHTA’s dilemmas is the lack of a marketing budget to market the Caribbean region as a whole.

“We’re trying to really showcase to our individual destinations, together with our public sector counterpart, the Caribbean Tourism Organization, that whilst we understand of course that their own destination marketing comes first, the marketing of the region as a whole could really play a very important part to support what they’re doing individually, and without a budget for that, I feel that we cannot affect the visitor numbers,” she says. “I feel like if there was a budget, if we had a strong social media campaign, if we had a PR connection in Canada to continue to showcase the diversity of the caribbean, to showcase that it really is not just DR and Cuba, which of course are two very strong islands, that there’s so much more the Caribbean has to offer, I think we could really have an impact on the total number of visitor arrivals out of Canada.”

Held at Atlantis Paradise Island from Jan. 31 to Feb. 2, Caribbean Travel Market saw a record number of new buyers and 1,000 registrants from countries like the UK, Russia, Canada, the US, France and Germany in attendance, gathered for face-to-face meetings with wholesalers, business meetings, professional development sessions and not to mention several parties and festivities.