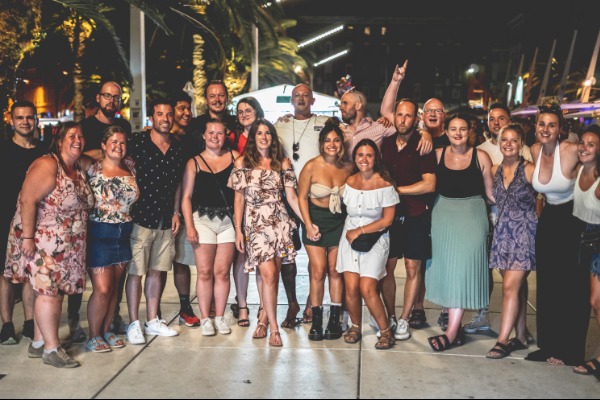 TruTravels welcomed its first travellers back on the road after more than 500 days as the youth-travel and social adventure specialist kicked off its relaunched European tours with an 11-day sailing and land adventure in Croatia.

The Croatia Sail & Explore saw 25 travellers join the tour to island hop in Croatia by land and sea.

Starting and ending in Split, travellers boarded their own private yacht to embark on an adventure along the Croatian coast, docking in hotspots such as Dubrovnik and Hvar. Days were spent swimming in coves, enjoying ‘floatilla’ boat parties and visiting UNESCO world heritage sites such as Mljet National Park and Plitvice Lakes, while nights included exploring local towns like Korcula and lapping up the nightlife in Hvar.

Mark Pope, co-founder of TruTravels says it’s been energizing to see travellers back on tour enjoying great social adventures once again, and with up to 30% off October 2021 departures he hopes to fill the remaining tours for the late-summer season.

Said Pope: “At TruTravels, we love delivering awesome experiences to our travellers and seeing beautiful connections that are created on our trips. Seeing our first group of travellers head back out tin the world was so rewarding and gave a huge boost to all the TruTravels family.”

He continued: “The feedback we’ve received has been incredible — it’s clear that as more young travellers are becoming double vaccinated, they’re hungrier than ever to get back on the road, meet new people and explore new places. With more trips coming up in October, we’re also offering great deals for last minute summer getaways.”

Go to https://www.trutravels.com/agents for more.