Home › Destinations › Tune In To These Two Cities

Tune In To These Two Cities 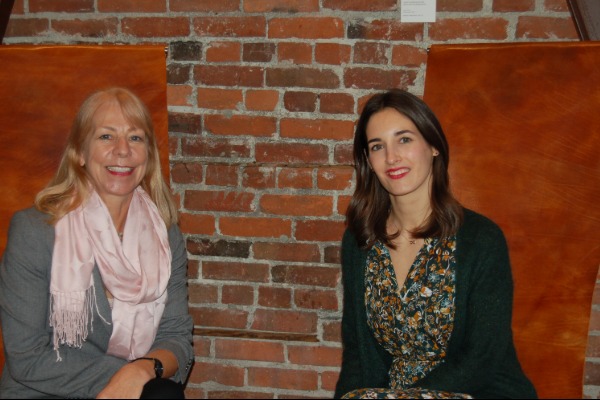 “Come and experience the edginess of Berlin in contrast with the cultural side of Vienna,” beckoned Kirsten Schmidt, USA & Canada Representative for Visit Berlin, during a recent lunch at the Bauhaus Restaurant in Vancouver.
Between January to November 2019, Berlin welcomed 12.9 million visitors, an increase of 3.4% from the previous year. Canadian travellers rose by 1.2% to reach 55,000. Today, Berlin is one of seven cities worldwide that have garnered over 30 million overnight stays annually.
In other news, after a nine-year delay, Airport Berlin Brandenburg Willy Brandt is scheduled to open in October 2020. Airlines from the Tegel and Schonefeld airports will move to the new facility in stages.

Also attending the lunch was Helena Hartlauer, International Media Relations of the Vienna Tourist Board. She described that this year, the city is celebrating Vienna 2020: Capital of Music. Part of the festivities will include the 250th birthday of Ludwig van Beethoven.

Although the musician was German by birth, he chose to be a Viennese by choice, explained Hartlauer. The Austrian capital was the creative hub for the composer and the setting for most of his premieres. Visitors can look forward to Beethoven events ranging from concerts to exhibitions, and including the composer’s only opera, Fidelio.

Last year, from January to November, tourist numbers to Vienna reached 7.2 million, a 5.3% increase from 2018. Canadian arrivals soared by 12.1% to 65,580 visitors. Berlin and Vienna are separated by a flight of about one hour duration.

In Vancouver to meet with the press were (l. to r.) Kirsten Schmidt, USA and Canada Representative for Visit Berlin, and Helena Hartlauer, International Media Relations for the Vienna Tourist Board.