Turkey Tourism Numbers On The Rise 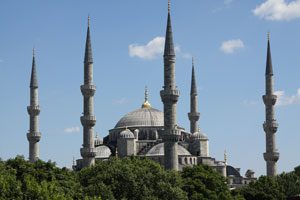 Turkey attracted 30.7 million foreign visitors in the first 11 months of 2017, the Culture and Tourism Ministry announced on Dec. 29. The ministry said the figure rose by over 27.7% on a yearly basis, compared to 24 million in January-November 2016. The number of foreign arrivals saw a 22.13% year-on-year increase in November, hitting 1.65 million.

Russian nationals made up the largest group of visitors, with a 15.3% of share in total arrivals – some 4.6 million – in the first 11 months of the year, followed by Germans (11.2%) and Iranians (7.5%). The month seeing the most foreign visits was July with around 5.1 million, followed by August with 4.6 million.

Official data also showed that most visitors arrived by air, with 22.4 million travellers, while 7.6 million came by rail and around 750,000 visitors by boat.

Derya Serbetci Acar, director of the Turkey Tourism Office Board in Canada, said, “Turkey is ready to welcome Canadians with its unmatched beauties, the most delicious cuisine and its rich culture and history.”