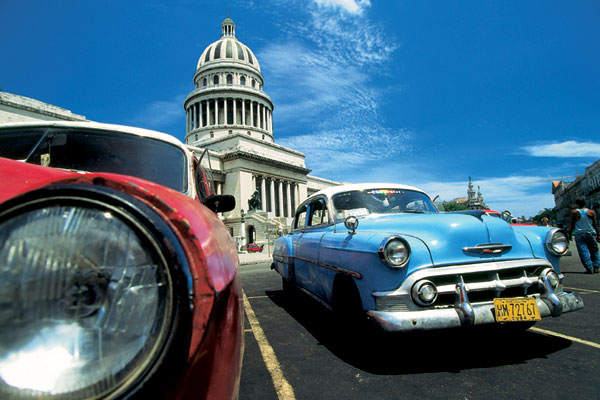 Under the new rules, U.S. travellers are now prohibited from going to Cuba under the previous “group people-to-people educational” travel authorization and the U.S. will no longer permit visits to Cuba via passenger and recreational vessels, including cruise ships and yachts, and private and corporate aircraft.

In a statement. the U.S. State Department said in a statement: “The United States holds the Cuban regime accountable for its repression of the Cuban people, its interference in Venezuela, and its direct role in the man-made crisis led by Nicolas Maduro.”

It also noted that “these actions are directly linked to the tourism industry, which has strong economic ties to the Cuban security, military, and intelligence sectors in Cuba. Veiled tourism has served to line the pockets of the Cuban military, the very same people supporting Nicolas Maduro in Venezuela and repressing the Cuban people on the island.”

This affects nearly 800,000 passenger bookings that are currently scheduled or already underway. Passenger bookings had been made under a general license previously issued by the United States Government that authorized “people to people” travel to Cuba.

These travel restrictions effectively make it illegal to cruise to Cuba from the United States.

While this situation is completely beyond our control, we are genuinely sorry for all cruise line guests who were looking forward to their previously booked itineraries to Cuba.

“We are disappointed that cruises will no longer be operating to Cuba. While out of our control, we are genuinely sorry for all cruise line guests who were looking forward to their previously booked itineraries to Cuba.”

“We are aware of the announcement and are analyzing the details to understand the impact on our itineraries. In the meantime, we are adjusting the itineraries of our June 5 and June 6 sailings, which will no longer stop in Cuba. We are communicating with our guests about those changes. We will provide other updates as needed.”

A spokesperson for Norwegian Cruise Line Holdings told PT that:

“Today [June 4], the U.S. government announced new travel restrictions to Cuba. We are closely monitoring these recent developments and any resulting impact to cruise travel to Cuba. We will communicate to our guests and travel partners as additional information becomes available.”

And Carnival Corporations said in a statement:

“Carnival Corporation confirmed today that due to changes in U.S. policy, the company will no longer be permitted to sail to Cuba effective immediately. Currently, Carnival Corporation is sailing to Cuba on Carnival Cruise Line and Holland America Line, and Seabourn has been scheduled to begin sailing in November to Cuba. Additional details for currently booked cruises will be provided by the cruise lines.”

The Department of the Treasury’s Office of Foreign Assets Control (OFAC) unveiled amendments to the Cuban Assets Control Regulations (CACR) to further implement the President’s foreign policy on Cuba.

Those amendments complement changes to the Department of Commerce’s Bureau of Industry and Security (BIS) Export Administration Regulations (EAR) that were unveiled at the same time.

Commerce Secretary Wilbur Ross commented: “Cuba remains communist, and the United States, under the previous administration, made too many concessions to one of our historically most aggressive adversaries.”

And he continued: “The Trump Administration recognizes the threat Cuba’s government poses in the region, and the Commerce Department is acting to limit commercial activity that provides revenue for the Cuban regime. Holding other countries accountable remains a focus for this Administration and we will remain vigilant.”

The Treasury changes will take effect on June 5, 2019 when the regulations are published in the Federal Register.

In accordance with the newly announced changes to non-family travel to Cuba, OFAC is amending the regulations to remove the authorization for group people-to-people educational travel.

OFAC’s regulatory changes include a “grandfathering” provision, which provides that certain group people-to-people educational travel that previously was authorized will continue to be authorized where the traveller had already completed at least one travel-related transaction (such as purchasing a flight or reserving accommodation) prior to June 4, 2019.

BIS, in coordination with OFAC, is amending its EAR to make passenger and recreational vessels and private and corporate aircraft ineligible for license exception and to establish a general policy of denial for license applications involving those vessels and aircraft.