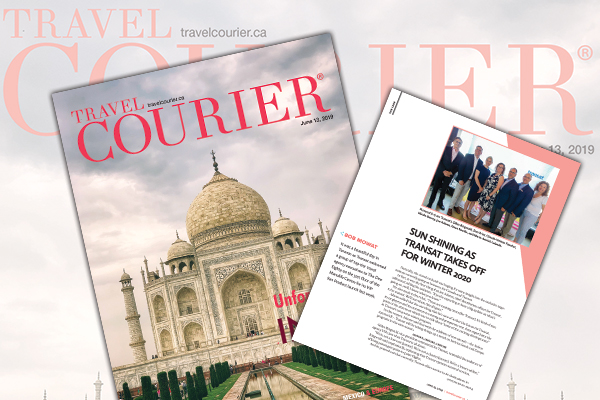 Minutes away from the most visited landmark in India is a small unassuming café without prices on the menu, writes assistant editor, Ann Ruppenstein in this week’s Travel Courier cover story.

After admiring the Taj Mahal and learning about the love story behind the iconic white mausoleum, which was built by the order of Mughal emperor Shah Jahan in memory of his favourite wife, travellers can head to Sheroes Hangout in Agra for a cup of Masala milk tea and experience another kind of beauty: the strength and resilience of women like Rupa, Bala, Geeta and Neetu.

A short documentary with English subtitles introduces guests to the heartfelt personal stories of the acid attack survivors behind the pay-what-you-can café – including the distressing truth that most of them were attacked by members of their own family.

Wearing white t-shirts with the slogan “my beauty is my smile,” the women are all united by a similar horrific incident that changed their life. Neetu and her mom Geeta were attacked while they were sleeping by her father. Her younger sister died in that same attack. Khushboo was also attacked by her father after she had reported him to the police for sex trafficking young girls in his home.

The heinous act is meant to disfigure, embarrass, or even kill the victim. All too commonly, acid attacks occur after women reject advances and rebuff a male suitor.

But this isn’t a story of pity. It’s a story of community, belonging, perseverance, triumph and courage. With the underlying goal of stopping acid attacks and violence in India, Sheroes Hangout provides employment for survivors in a supportive environment that promotes social integration.

“After [the] attack I was looking for a job, but all recruiters denied [me] after [they] saw my face,” says one of the staff members, Madhu. “Sheroes is the place which is helping me and my family.”

Since raising awareness of acid attacks, there haven’t been any cases reported in Agra, the home of the first Sheroes Hangout, in the past two years.

Visiting the café with adventure travellers from around the world started out as a recommendation by a local G Adventures CEO (that’s chief experience officer – the name for a tour leader) who had learned about it, and has since grown into a regular stop on itineraries in Agra. The café makes enough donations from visitors to sustain its staff and provide a livelihood for their families.