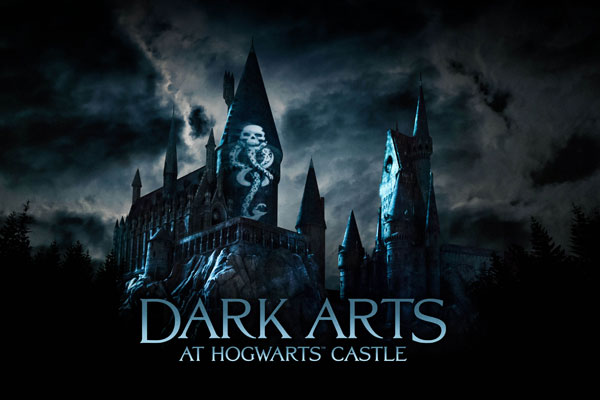 Universal Orlando Resort is inviting travellers to experience a new dimension of sorcery at The Wizarding World of Harry Potter with the introduction of the “Dark Arts at Hogwarts Castle,” a new and “original and breathtaking projection experience.”

The “Dark Arts at Hogwarts Castle” will illuminate Hogwarts castle and “The Wizarding World of Harry Potter” nightly from April 13-28 at Universal Studios Hollywood and then return from May 25-27.

According to officials, the experience will cast “a mesmerizing display of light, music and special effects, unleashing the darkest creatures and villains, including the powerful Dark wizard Lord Voldemort.”

As darkness falls on Hogwarts castle, Dementors, Death Eaters and other unspeakable creatures from Aragog and Mountain Trolls to Thestrals will cloak the castle with sinister images from the darker side of magic – all accompanied by an exclusive musical arrangement that will emanate in a surround sound environment.