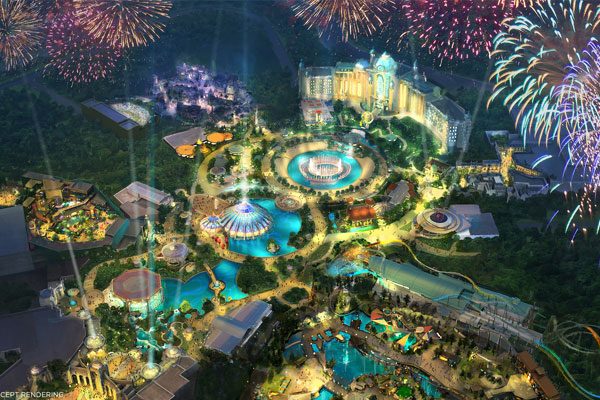 According to officials, Universal’s Epic Universe will “offer an entirely new level of experiences that will forever redefine theme park entertainment. Guests will venture beyond their wildest imagination, travelling into ‘beloved stories’ and through vibrant lands on adventures where the journey is as astounding as the destination.”

The new location will feature a theme park, an entertainment centre, hotels, shops, restaurants and more.
It will be Universal’s first new property since the opening of water park Volcano Bay in May 2017.

It will be located within a larger 750-acre site that nearly doubles Universal’s total available acreage in Central Florida. Universal’s Epic Universe is just a few miles from the existing resort in Southwest Orange County. Specifically, it will be south of Sand Lake Road and east of Universal Boulevard.

“Our vision for Epic Universe is historic,” said Tom Williams, chairman and chief executive officer for Universal Parks & Resorts. “It will build on everything we have done and become the most immersive and innovative theme park we have ever created. It is an investment in our business, our industry, our team members and our community.”