Home › Agents Choice 2019 › Uniworld Taking It To The Next Level

Uniworld Taking It To The Next Level 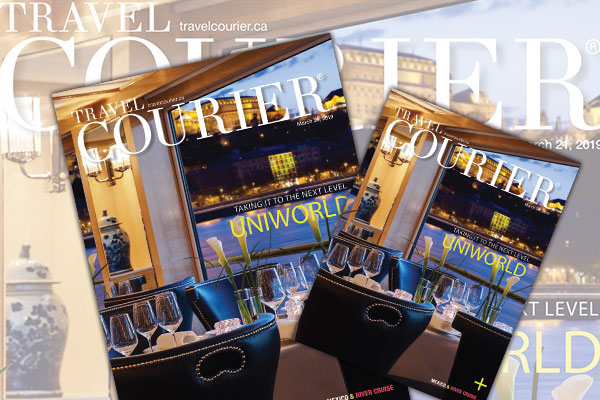 With five new Super Ships coming online between now and 2020, as well as exotic destinations to go with them, Uniworld Boutique River Cruises is once again raising the bar in the luxury river cruise category, reports assistant editor Greg Coates in the Cover Story in this week’s digital edition of Travel Courier.

The new ships are in line with the line’s commitment to transform its entire fleet to Super Ships in the coming years.

By 2020, more than half of the ships in Uniworld’s fleet will be a “Super Ship” with the addition of three new vessels in Vietnam, Egypt and Portugal and another Super Ship renovation in Italy.

According to Uniworld CEO Ellen Bettridge, over the last five years the company has aggressively moved on its plan to transform the fleet that began in 2017 with the successful launch of the S.S. Joie de Vivre, the debut of the fully renovated S.S. Beatrice in 2018 and the premier this April of the completely transformed S.S. Bon Voyage. The plan continues in 2020 with four new Super Ships planned for the Mekong, Nile, Venetian Lagoon and Douro rivers.

“We have been in a consistent and relentless pursuit of excellence,” says Bettridge. “But expansion for expansion’s sake has never been our business model. We are fortunate to operate under the guidance and vision of the Tollman family – a family synonymous with hospitality and innovation. We do not answer to a board of directors or investors, but instead, boldly commit to the projects that will continuously elevate Uniworld to the leading position within the river cruise industry.

Bettridge continues, “Our ships are absolutely unique and like a boutique hotel, reflect the destinations they serve from décor and artwork to food, beverage and programming. We look forward to making our high calibre of service and personalization in these remarkable destinations even better.”