Home › Destinations › Unwind in the USVI

Unwind in the USVI

Travellers Would Be Remiss Not To Go Island Hopping 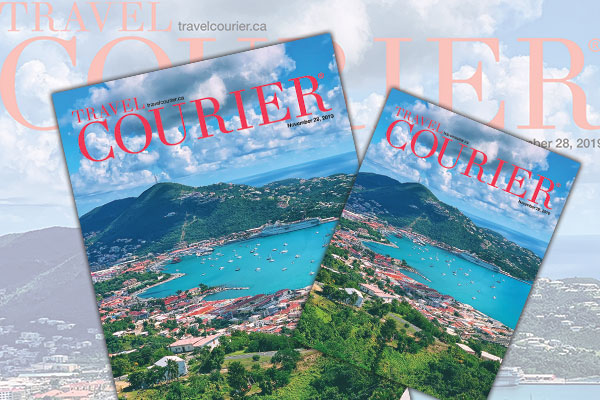 “This is why you need a tour – how else would you know that the best pate is served in the ice cream shop?” notes local guide Gerard Sperry of St. Thomas Food Tours in front of an unassuming nook as he passes out pieces of deep fried pastry dough stuffed with beef.

In between pitstops through historic downtown Charlotte Amalie, he regals travellers with tales of the United States Virgin Islands’ history ranging from pirates like Blackbeard (who put gunpowder in his beard to scare off enemies and came to an untimely death at the ripe age of 37) and Bluebeard (a fictional character who didn’t actually exist despite the many legends).

“This place was known as the place to go and get drunk and hit up bordellos and pay off the governor,” he mused. “It was kind of the Wild West of the Caribbean for many years.”

Today, the three-island destination is a popular port of call for cruise ships with its beaches consistently ranking on lists of the best beaches in the world. Having recovered from hits by Hurricanes Irma and Maria in 2017, the USVI should also be considered for clients looking for a warm escape for romantic retreats or girls’ getaways.

Along with sampling callaloo and fungi, popular dishes in the destination, the food tour gives insight into the resilience of the local community in the aftermath of the hurricanes. Stops include the new location of Gladys’ Cafe by Gladys Jones, who notoriously gave away every morsel of food she had for free despite being under water, and MBW Café and Bakery managed by Julius Jackson, a professional chef, boxer, author and 2008 Olympian. The café and bakery serves as a second training facility for My Brother’s Workshop, a non-profit organization working with at-risk youth of the island through on-the-job training, mentorship and counselling, and not only gave away free meals following the hurricane, but made deliveries to seniors homes and to various people who weren’t able to physically make it to the location.

“2017 was our centennial anniversary — we went from banquets and celebrations to finding the roof on your house after two Category 5 hurricanes in 10 days,” Sperry recalled. “I personally was out of electricity for four months.”

Made up of St. Thomas, St. Croix and St. John, travellers would be remiss not to island hop in the US territory which was featured in feature films like The Shawshank Redemption, Twilight Saga: Breaking Dawn and The Curious Case of Benjamin Button.

For the full story, check out the new issue of Travel Courier Digital.