Home › Events › US Election A Buzz Kill At WTM

US Election A Buzz Kill At WTM

Delegates, Exhibits Struggle To Come To Grips With Results 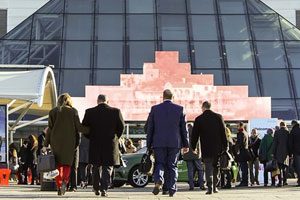 Typically frenetic World Travel Market (WTM) was a shadow of its usual self this morning as delegates and exhibitors struggled to come to grips with the news that Donald Trump had been elected the 45th President of the United States.

Many bleary-eyed attendees had been up much of the night watching the stunning results, which only became clear in the very early morning hours London time.

Others simply couldn’t believe what had happened.

“A dark cloud is over the US pavilion,” one American supplier whispered to PressToday’s Mike Baginski.
Another stated, “I’m embarrassed to be American; I don’t want to be here.”

And a third asked if there were any job openings in Canada.

Earlier this week, a pre-WTM survey of global travel executives revealed that only 7% of respondents believed that Trump would be good for the travel business.

At the Canada pavilion, news from home spread rapidly, such as word that the Canadian citizenship and immigration site had crashed during the election.

A hint of things to come surfaced on election day when one American explained his pro-Trump position to PressToday as being less about liking the now US president than despising Hillary Clinton.

And for many in attendance at WTM, whether American or international, the fear is that’s precisely what happened.