US Travel Spending Takes A Tumble 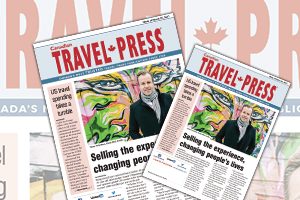 Call it the Trump effect; call it the dollar effect or call it mere coincidence but the inbound and domestic spend on all travel and tourism goods and services within the United States took a $3.3 billion tumble to $1.7 trillion in the last quarter of 2016, reports Mike Dunbar in this week’s digital edition of Canadian Travel Press.

But it’s also the same period that the overall cost of tourism goods and services skyrocketed, according to the year-end report from the US commerce department’s Bureau of Economic Analysis (BEA).

The statistical overview showed that the Q4 decline came on the heels of significant gains in the previous quarters, when T&T spending was growing at about four percent.

The BEA report explained that the leading contributors to the fourth quarter dive in the tourism account were `passenger air transportation’ and `traveler accommodations.”

The total amount of money taken in via the air component decreased 15.1% after increasing two percent in the previous quarter, while accommodation spend went down 5.9% following an 8.3% boost in Q3.