US Virgin Islands Upbeat About Lift 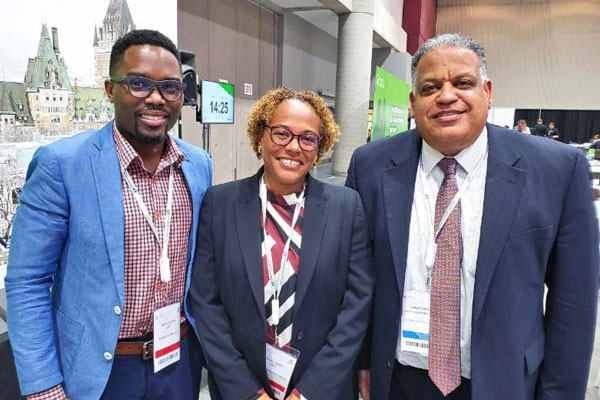 The U.S. Virgin Islands Department of Tourism reports that airlines serving the Territory are satisfied with their route performance and some are looking forward to increasing capacity to the islands in the months ahead.

Speaking following the 12th Routes Americas conference in Québec last week, Commissioner Designee Joseph Boschulte said the conference presented the destination with an opportunity to update airline partners on the progress the islands have made since the hurricanes of 2017. Airline executives were particularly interested in learning of the reopening of several hotels as well as the uptick in Airbnb accommodations and villa rentals across the Territory as part of the wider accommodations landscape in the Virgin Islands.

Commissioner Designee, Boschulte noted: “We also had an opportunity to speak about our larger accommodations properties which are expected to come back on line later this year as well as next year.”

He explained that as the destination positions itself for the next winter season, “at a minimum, we must maintain pre-hurricane airlift into both St. Thomas and St. Croix.”

During the three-day route development forum for the Americas, Boschulte met with carriers currently serving the Territory, including American Airlines, Cape Air, Delta Air Lines, JetBlue Airways, LIAT, Spirit Airlines and United Airlines, and held discussions with Sun Country Airlines about its potential return from Minneapolis. He also connected with Allegiant and Southwest Airlines to begin the dialogue about potential future airlift development.

He said that: “This was an extremely important and cost-effective meeting to connect with so many airline partners. It was important to be here because our competition is here and in order to be an effective player in the tourism space in 2019, you have to be visible and you have to promote why people should choose to visit the U.S. Virgin Islands over any other place in the world.”

The Commissioner Designee said the Department of Tourism plans to embark on a strategy to drive greater business from cities in the Midwest region of the United States, including Chicago and Minneapolis, and will update the industry and the community on strong capacity scheduled for the destination over the summer, from cities such as Atlanta, Houston, New York and Washington, D.C.