Home › Cruise › USVI Charts A Course To The Future

USVI Charts A Course To The Future 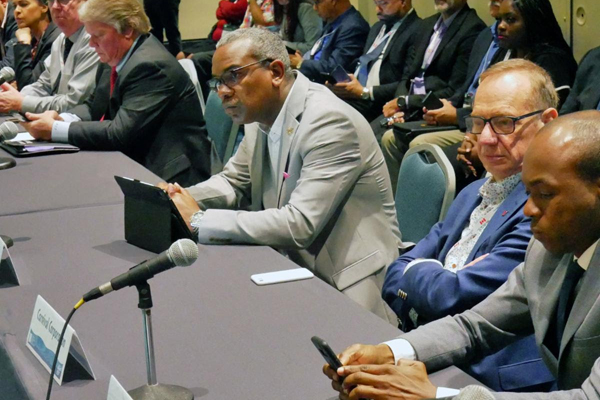 The U.S. Virgin Islands continues to strengthen its relationship with cruise line partners as the region prepares for the strong growth forecast for the cruise ship industry.

The Governor added that the USVI delegation, which included Commissioner of Tourism Joseph Boschulte, his team at the Department of Tourism and representatives from The West Indian Company Limited and the Virgin Islands Port Authority, was so well briefed by the cruise industry leaders that they can confidently plan how the Territory should further respond to the needs of the changing marine sector.

Underscoring the timeliness of the meetings, the Governor said that with friendly competition throughout the region and the world, the face-to-face sessions were “a good checkup on our health to see what we’re doing right and most importantly, what we’re not doing enough of.” 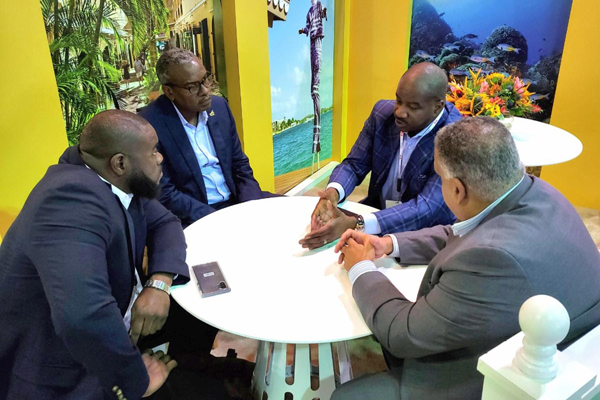 Sustained infrastructural investment was continuing apace, stated Governor Bryan, adding that dredging projects, the addition of a new port in the Charlotte Amalie harbor, the improvements on Main Street and the upland plans for Crown Bay were important developments for ensuring the Virgin Islands product was trending alongside cruise sector growth.

Governor Bryan said areas of opportunity include responding to demand from the European market as well as revitalizing the visitor experience. He also said it was important to collaborate with the federal authorities: “Working through our visa issues with the US government to allow those (international) passengers to disembark very quickly and enjoy our islands, brings a whole new flock of tourists that have never been (to the USVI) for the first time, not only to enjoy their daytime experience but to come back again and enjoy overnight stays.”

The Governor also referred to the need to re-balance the industry: “We have a very mature tourism product in St. Thomas and we have an emerging market in St. Croix (and) St. John. (We must determine) how do we combine those things in the right way that not only gives us the spend that we want, but also attracts the type of customer that’s going to have the vacation that they want in the U.S. Virgin Islands.”

Check out www.VisitUSVI.com for more.

In the top photo:

In the second photo: