USVI Is Open For Business 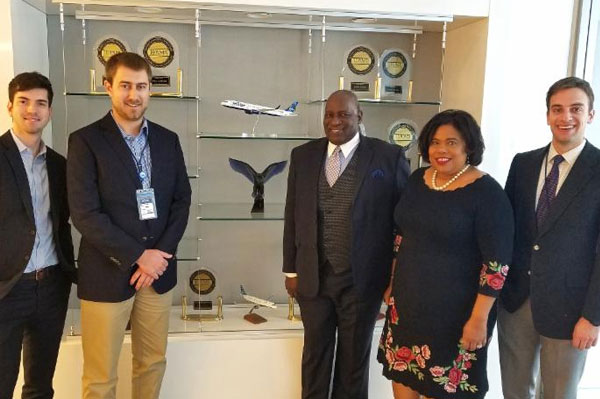 U.S. Virgin Islands Commissioner of Tourism Beverly Nicholson-Doty continues to spread the word that the Territory is open for business.

Addressing a broad range of consumers and industry stakeholders last week in Atlanta, Chicago and New York, Commissioner Nicholson-Doty thanked partners for their support of the U.S. Virgin Islands during the ongoing recovery process and suggested that the best way to continue helping the U.S. Virgin Islands is to visit the Territory.

During her trip, Nicholson-Doty said in an interview: “We have several hotels that have reopened … our yachting industry is absolutely glorious and we have wonderful villas. However, it is a journey … we will have more hotels opening at the end of the year and as we look towards the future we really feel that we’re going to have an even better tourism product.”

Meeting with United Airlines in Chicago, the Commissioner, who was accompanied by David Mapp, executive director of the Virgin Islands Port Authority (VIPA), provided updates on the Territory’s accommodations and tourism offerings.

United has now resumed service to St. Thomas from Newark, New Jersey and Washington, D.C. The airline will recommence flights to St. Thomas from Houston later this month, and provide daily flights from Washington Dulles International Airport this summer between early June and late August.

The pair also met with JetBlue Airways in New York and attended an airline training program in the city.

“As we bounce back, it’s critically important that we update our partners on the significant progress we are making, while taking the necessary steps to ensure that flights return as more accommodations become available,” Commissioner Nicholson-Doty said.

“Power has been restored across the Territory, our beaches and attractions have reopened, cruise lines and airlines have returned and a wide variety of accommodations are available even as our rebuilding and resiliency work continues,” she reported, affirming that the “USVI is Still Nice.”

For more, go to www.VisitUSVI.com .