Check Out The Video Of The State's Wonders 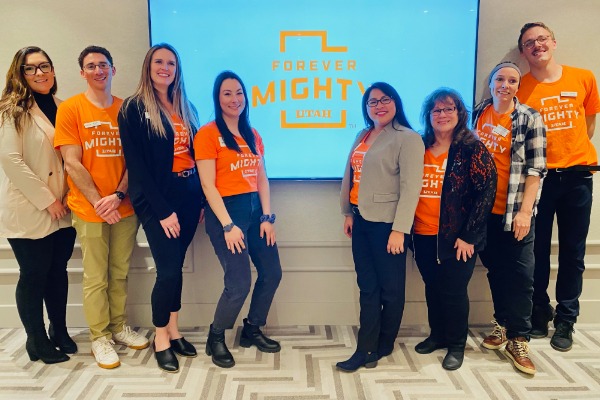 Zach Fyne has some ‘Mighty’ good reasons for people to visit his jurisdiction.

Fyne, global markets specialist with the Utah Office of Tourism, told a Wednesday Toronto gathering that the bureau has adopted the promotional slogan Forever Mighty, reflecting what he says is a grandeur his state offers and efforts to safeguard its natural and cultural sides.

“Responsible travel is the big buzzword going around the industry these days,” he said, adding Utah “has been a leader” in that field.

Forever Mighty is billed as a promise to ensure sustainable growth, and encourage tourists to explore Utah in a thoughtful manner and safely as well. It also encourages engagement with local communities and celebrate and respect the state’s diversity.

Fyne said those tenets are reflected in state tourism promotions.

The Toronto gathering touted the likes of skiing, stargazing and other outdoor activities in Utah.

But Fyne added that event organizers decided to donate money to a group that promotes the likes of hiking to minority groups who traditionally haven’t been attracted to outdoors exploration, rather than spend that money on gift bags for event attendees.

“Everything is in tune with …mighty principles,” Fyne said of the donation.

“Believe me when I say the third time is a charm,” Tanguay Beaudette said of the upcoming year-round service.

A change in the type of plane that will be used to link the cities is one reason Air Canada is confident about the route’s success, she added.